The International Monetary Fund said Thursday it give Ukraine access to $27 billion in financial support to help keep the embattled nation afloat.

The deal, which still must be approved by the leaders, includes an IMF loan of up to $18 billion that will require economic reforms and unlock further aid from the international community.

“Following the intense economic and political turbulence of recent months, Ukraine has achieved some stability, but faces difficult challenges,” Nikolay Gueorguiev, the IMF’s mission chief for Ukraine, said in a statement.

The funds are a much-needed boost for the new pro-Western government that ousted Russian-backed President Viktor Yanukovich last month amid a showdown for influence over the Eastern European country. His ouster led Russia to annex the southern pro-Russian region of Crimea, spawning a war of words and economic sanctions between Russia and the United States and its Western European allies.

“Ukraine is on the edge of economic and financial bankruptcy,” he told Parliament before the deal was reached. 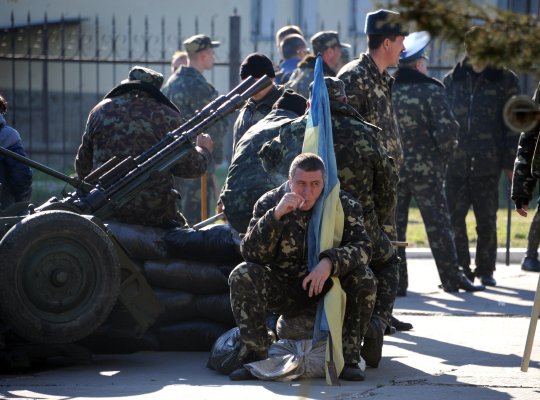