A Brief History of Summer Vacation

There was no such thing as summer 200 years ago. Of course there were the months—June, July, and August—but they merely indicated a hot season of the calendar year. The summer we know and love—the one that features vacations to the beach, 4th of July weekends that turn into 4th of July weeks, and the all but recent invention of casual Fridays or even summer Fridays—is a democratization of leisure that grew out of capitalist forces in the 20th century.

The first vestiges of summer began in the decades before the American Civil War when only the wealthiest class of antebellum elites vacationed in resort towns like Newport, Rhode Island and Saratoga, New York.

By 1869 the New York Times noticed a growing sentiment among working professionals in its description of the “sadly overdriven” businessman: “From one year’s end to another he lives, for the most part, in a breathless hurry…If any folk in the wide world have need of a summer refreshment, it is we.” Nineteenth century print culture in conjunction with a rising tourist industry prompted many to perceive summer as “a season of rest—rest from all care.” Periodical articles and tourist guides promoted an enticing escape to summer resorts such as Martha’s Vineyard, “a maritime Eden where one may shut out the whole world and be content.”

Summer was no longer just a hot time of year for Americans to endure, but instead an opportunity for rest, relaxation, and recreation that they could enjoy. In August of 1891, social scientist Edward Hungerford investigated the cultural gravitation toward recreation and leisure, seeking answers as to why Americans felt a need to take time off work for summer rest: “The magnitude of such a movement as this justifies the assumption that the social influence exerted by it are worthy of serious consideration.”

By the turn of the 20th century, summertime became further embedded in American popular culture as advertisers, musicians, and authors used the season as a way of telling stories, often with themes of nostalgia and romance. Summer inspired F. Scott Fitzgerald as the perfect setting to embellish the mysterious decadence of the parties in The Great Gatsby. In the advertising industry, Kodak attracted customers with a campaign that solidified their cameras as essential tools for telling “the story of a Summer vacation.”

While Gatsby and Kodak certainly reflected the lavish and extreme versions of summer, the rise of unionization combined with overcrowded cities led urban planners to begin developing leisure activities for the working class. Atlantic City became a day of respite for Philadelphia workers and their families, who spent a day on the Jersey shore and its newly constructed boardwalks before returning home sticky and sandy on the train for the city of brotherly love. Meanwhile, in New York City, Coney Island and Jones Beach became popular spots for workers in the city, who benefited from changes won by labor unions for “8 hours for work, 8 hours for sleep, 8 hours for what we will.”

Yet even when summer trips to the beach began making waves through American culture, many working-class black people traveled to the nation’s growing beach resorts as employees rather than as guests. The Chicago Defender, a leading African-American newspaper, reported the number of black men and women traveling as wait-staff, cooks, and hotel butlers and porters. Clifford Miller’s summers were neither enjoyable nor relaxing. Miller endured long hours and low pay waiting tables at a popular resort on the New Jersey coast during the first decades of the 1900s. He recalled the crammed living quarters, insufficient food, and prohibitions from enjoying hotel beaches during the day. “Every third day I worked, as a rule, from six in the morning until eleven o’clock at night, often later,” he remembered. “During the day I seldom had any time for my own. I wonder if the colored waiters will ever have only eight hours of work every day.”

Although the middle classes of the 20th century enjoyed the previously aristocratic privilege of escaping to a refreshing summer haven, their vacations created work, often low-paid and seasonal, for others. This history reveals summer to be more than just a few hot months of the calendar year, but a cultural phenomenon that sticks with us today through the interplay of capitalism and leisure.

Jackson Murphy is a graduate of the Class of 2014 at Connecticut College. This piece grew out of his year-long research for his honors thesis titled “A Cultural History of the American Summer.”

For your security, we've sent a confirmation email to the address you entered. Click the link to confirm your subscription and begin receiving our newsletters. If you don't get the confirmation within 10 minutes, please check your spam folder.
Most Popular on TIME
1
What the Harris Pick Means for Democrats
2
Kamala Harris Is the Third Woman to Run as a Vice Presidential Candidate for a Major U.S. Party. Here's What to Know About the First
3
Russia Registers Coronavirus Vaccine Despite International Skepticism, Putin's Daughter Inoculated 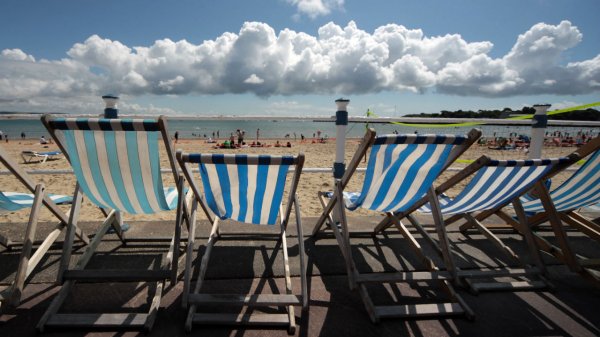 Is Summer Vacation Really Good for You?
EDIT POST