This undated photo provided by Ronald Boisvert shows his dog Fox, who went missing from his south Florida condominium on Aug. 7, 2015.
Ronald Boisvert—AP
By Jack Linshi

A Florida dog was found beaten to death with a cruel note taped to his body, Pembroke Pines police said on Monday.

Foxx, a 13-year-old Pomeranian, had left his owners’ condo on Friday night and was found dead on Saturday morning near the building, the South Florida Sun-Sentinel reports. According to the police report, a note was taped to the dog’s body that read: “WE BEAT IT 2 Death lol! (smiley face) HAHAHA!” An animal hospital confirmed that Foxx’s injuries were consistent with blunt force trauma.

Foxx’s owners, Verline Barthelemy, Ronald W. Boisvert, and their 4-year-old son Vernon, said they hoped their beloved Pomeranian had not suffered for too long. “I’m hoping that after the first hit, he was already gone and didn’t feel what came next,” Barthelemy said.

Police said the incident appears to be isolated and there is no evidence other animals in the Miami area are in danger. The case remains under investigation. 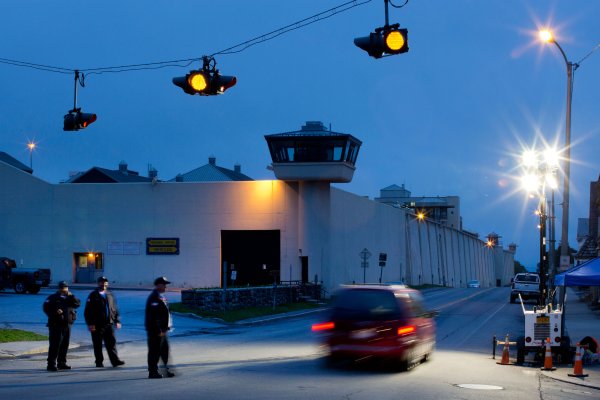