This 3-Year-Old Mayor Has Already Nailed His New Job

James Tufts is just like many 3-year-olds: He tussles with his older brother. He loves to chat up strangers.

He’s also got a side gig as the newest—and youngest-ever—mayor of Dorset, Minn. The spunky tot’s name was drawn from a hat at the annual Taste of Dorset food festival to serve as a ceremonial head of the tiny northern Minnesota town of 22 people.

James has some big little footsteps to follow: His older brother, Robert, was the previous youngest mayor of Dorset. Robert, now 6, served two consecutive terms as mayor while he was 3 and 4. He was two days older than James when he was “elected,” and has become instrumental to James’ political image.

“He doesn’t do too much mean stuff, and I taught him how to be nice,” Robert said of his brother. Robert used his time in office to raise money for the Salvation Army and the Ronald McDonald House; James is going to spend the year fundraising for the Leukemia & Lymphoma Society.

James, for his part, has figured out exactly what makes for a good leader: “Being nice and no poopy talk.” 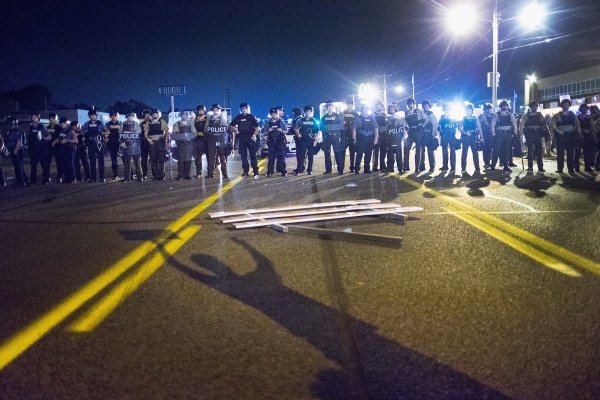 See Ferguson Protesters and Police Clash One Year After Michael Brown’s Death
Next Up: Editor's Pick