This Technology Could Help Predict Where Wildfires Strike Next

The King Fire, one the most devastating forest fires of 2014, began when an arsonist bent on inflicting damage lit a small a swathe of land ablaze. But, as with all forest fires, what transformed the blaze into a disaster of record-breaking proportions was mother nature, not the human who lit the spark. In one afternoon, the fire unexpectedly spread more than 10 miles to the surprise of those fighting it.

Firefighters are familiar with the nearly unpredictable nature of forest fires. But researchers now say they could be better prepared. After years of development, Janice Coen and her colleagues at the National Center for Atmospheric Research (NCAR) say they’re preparing to launch technology that integrates data on weather, topography and other factors to predict how fires spread in a way previously unimaginable.

“With the King Fire, the operational tools didn’t really capture when the fire spread rapidly,” said Janice Coen, project scientist at NCAR. “The fire was creating its own winds and those were what was driving fire growth. Those are the types of things we can capture with this new model.”

Wildfires in the United States cost an estimated $3.5 billion dollars each year and have destroyed countless homes and communities over the past decade. This year alone a wildfire in Alaska has burned more than 5 million acres. But despite millions in funding, accurately predicting wildfire growth has remained difficult.

Coen, who has an academic background in atmospheric science, said that early in her research she noticed fire patterns that resembled severe storms. Those patterns had largely escaped the attention of engineers and forest researchers, said Coen. Currently, weather forecasters pass data on anticipated weather to land agencies and scientists observing a fire. Those agencies then try to interpret how predicted weather patterns will affect a fire. The new model integrates those two steps — the weather, and the fire’s own internal patterns — and accounts for interactions between the weather patterns, the land, and the blaze itself.

The NCAR research team has received funding from NASA and has partnered with Colorado firefighters to launch the technology in 2016. Most of the tough science questions have been answered, Coen says. Now, they’re focusing on making the data accessible for firefighters on the ground.

Researchers hope that when wildfire season hits next summer, Colorado firefighters will be able to look at tablets with automatically updating data on fire growth. Once the data is in the hands of fire responders, they will be able to determine how and where a fire will grow or even predict where to allocate resources in advance of a fire.

“This is a really disruptive technology,” said Coen. “People will say it’s a perfect storm of events, it never could have been predicted: the fuel, the terrain, the weather. What I found over 20 years of working on this is that the vast majority of the distinguishing characteristics of each event can be captured with the model.” 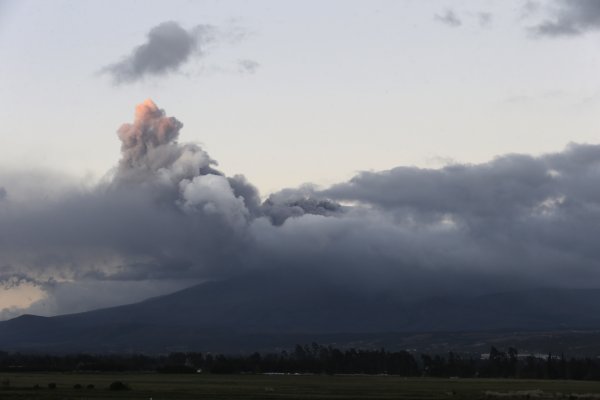 Ecuador Declares State of Emergency Over Volcano
Next Up: Editor's Pick