Anti-Rajapakse activists carried placards denouncing the former leader and his administration as the remains of Sri Lankan rugby player Wasim Thajudeen leave the burial ground of the Dehiwela mosque in Colombo on August 10, 2015, after the body was exhumed to be sent to the Judicial Medical Officer.
LAKRUWAN WANNIARACHCHI—AFP/Getty Images
By Rishi Iyengar

The body of a rugby player who represented Sri Lanka was exhumed by authorities in the capital, Colombo, on Monday in order to check for signs of torture, as part of an investigation into his death three years ago, the BBC reports.

Wasim Thajudeen was found dead inside a burning car in Colombo in May 2012. The case was initially ruled an accident, the BBC says, but reopened this year over allegations that former President Mahinda Rajapaksa’s youngest son Yoshitha — with whom Thajudeen was reportedly in a dispute over a mutual love interest — had him killed.

Thajudeen’s body was unearthed from a Muslim burial ground on the outskirts of Colombo in the presence of a judge as protesters gathered outside to shout anti-Rajapaksa slogans.

New evidence shows that the car used in the abduction belonged to the Sri Lanka Red Cross Society, but was being used at the time by a charity of then First Lady Shiranti Rajapaksa, the BBC says.

“The body had been wrapped in a plastic bag so it is well preserved, and we hope to be able to finish our work very soon,” chief judicial medical officer Ajith Thennakoon said.

The Rajapaksa family strongly refutes the allegations and says the investigation is a politically motivated attempted to smear the former President in the run-up to next week’s parliamentary elections.

The former President is seeking a political comeback as the small island nation’s Prime Minister after being ousted in this year’s presidential election following almost a decade in power, but continues to be under scrutiny for alleged corruption during his two terms at the country’s helm.

“We totally deny this. Even without doing a proper investigation they are pointing the fingers at the Rajapaksas,” his eldest son Namal told the BBC. “They began this investigation just ahead of the election so we all know it’s politically motivated to target us.”

Correction: The original version of this story misstated the suspected role of a car belonging to the Sri Lankan Red Cross Society. New evidence suggests it was used to abduct Wasim Thajudeen. 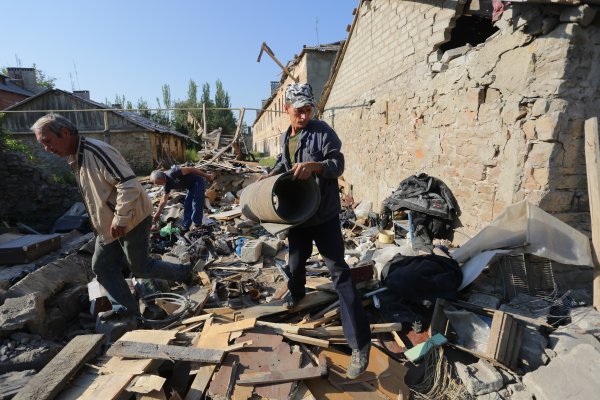