It was Aug. 29, 2005, that Hurricane Katrina made landfall in Louisiana, leading to one of the most catastrophic natural disasters in U.S. history. On Thursday, President Obama will travel to New Orleans to mark the decade that has passed since then.

Ahead of that anniversary, take a look back through the lens of TIME:

An American Tragedy. TIME’s now-editor Nancy Gibbs wrote this cover story the first week after the storm made landfall, as the devastation was still mounting. Though the flood waters had yet to ebb, it was already clear that the storm was a singular event whose echoes would be felt for years to come.

An accounting. The questions continued to pile up the following week. How, they each asked in their own ways, had this happened? TIME identified four junctures where human failure had compounded the problem. From the mayor’s office to the federal government, there was plenty of blame to go around.

Subscribers can read the full story in the TIME Vault: 4 Places Where the System Broke Down (Sept. 19, 2005)

Another place. About a month after Katrina hit, Cathy Booth Thomas reminded readers that the destruction had not been limited to New Orleans proper. In one Louisiana parish, beginning the process of rebuilding seemed near impossible.

Subscribers can read the full story in the TIME Vault: Starting from Scratch (Oct. 17, 2005)

A homecoming, or not. About a week after evacuees began to return, Thomas reported that the situation in New Orleans was “worse than you think.”

A lesson learned. Mother Nature doesn’t care if you’re still recovering: another year means another hurricane season. On the eve of the 2006 hurricane season, New Orleanians reflected on the take-away from Katrina, and it wasn’t exactly a movie-of-the-week moral.

An opportunity. Around the time of the hurricane’s two-year anniversary, Walter Isaacson found a bright spot left behind in Katrina’s wake: the many people working to improve education in New Orleans.

Subscribers can read the full story on TIME.com: The Greatest Education Lab (Sept. 17, 2007)

A near miss. In the aftermath of Hurricane Gustav in 2008, Michael Grunwald examined whether the relatively limited impact of that storm was a result of better preparation—or just a lucky break.

Subscribers can read the full story in the TIME Vault: The Flood Next Time (Sept. 15, 2008)

A retrospective. As 2010 approached, Andy Serwer dubbed the aughts “the decade from hell.” The hurricane was no small part of what made the 2000s so terrible.

Subscribers can read the full story in the TIME Vault: The Decade From Hell (Dec. 7, 2009)

A retelling. Post-Katrina interest in New Orleans continued in 2010 with the premiere of the HBO show Treme. In his review, TV critic James Poniewozik examined how the hurricane had changed the way the city’s story was told.

Subscribers can read the full story in the TIME Vault: Song of Survival (Apr. 19, 2010)

An anniversary. For the fifth anniversary of Katrina, TIME took a look at photos from before and after, how the clean-up had gone, maps of how the city of New Orleans had changed—and more. 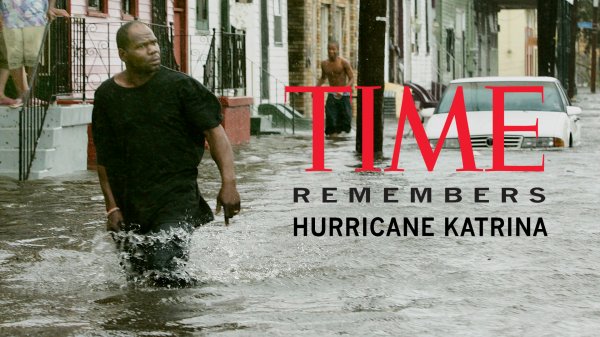 Witness to a Disaster: Journalists Recall Covering Hurricane Katrina
Next Up: Editor's Pick