Staff at the Willis-Knighton Cancer Center in Louisiana gave 12-year-old patient Sophia Petikas quite a sendoff on her final day of treatment. They learned her favorite dance, the Whip/Nae Nae, and then surprised her with a flash mob, Inside Edition reports.

A member of the radiation team named Daniel had promised Sophia he’d learn the moves—and then he recruited several other staffers as well. Sophia’s mom, Julia, told Inside Edition that they all practiced on their own time, led by Daniel, who learned the moves on YouTube.

Read next: Watch a Texas Cop Dance the ‘Nae Nae’ With Kids 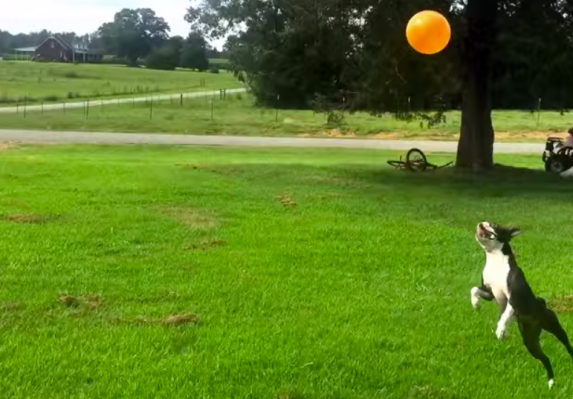 This Dog's Commitment to Keeping a Balloon Afloat Is Truly Admirable
Next Up: Editor's Pick