What The Colorado Waste Water Spill Tells Us About Mining Contamination

Scientists grappled with the consequences of a spill of toxic wastewater on Monday, one day after the Environmental Protection Agency (EPA) reported that an accident had led to 3 million gallons of mining runoff flowing into a river in Colorado used for drinking water. But researchers who study water resources in the region say the spill, while significant on its own, is just the latest example of the much broader problem of water contamination from mining processes.

“In the Rocky Mountain area, acid rock and acid mine drainage is a major water quality problem,” said Diane McKnight, a professor civil, environmental and architectural engineering at the University of Colorado. “This is certainly an unfortunate event, but the impact of acid rock and acid rock drainage is well recognized and understood in Colorado.”

Acid drainage results when water flows through acidic minerals that have been exposed due to mining. Water that contains these minerals in high volumes becomes unsafe for drinking. Colorado alone has hundreds of mines that have created acid drainage—but rarely on the scale of last week’s incident.

Last week’s event was the result of an accident inadvertently caused by EPA workers looking into reports that a mine was leaking contaminated water. During the process, loose material gave way and released millions of gallons of contaminated water, turning the Animas River orange and yielding it unusable for days. Water is still spilling into the river at a rate of 500 gallons per minute, though the EPA has set up a filtering system aimed at removing toxic elements, including copper, lead and manganese, according to regional EPA administrator Shaun McGrath. Still, officials urged local residents to await further tests, which should happen within the next few days, before using the water. The river has been temporarily disconnected from the public water supply.

The consequences of last week’s incident could have lasting repercussions. Events like heavy rain and melting snow that disturb sediment settled at the bottom of the river may release some of the toxic minerals deposited there by the spill. If that happens, local officials will need a game plan to test the water and inform those who may be at risk, said Williams.

The spill has angered local residents, many of whom depend on the river for livestock and tourist businesses. Still, this is hardly the first mining wastewater spill in the area. Largely due to mine pollution, the water doesn’t support a very robust ecosystem, though some organisms manage to live in it. “It’s not correct to say these are lifeless streams,” said McKnight. “There’s certainly bacteria and some algae growing.”

Ultimately, Williams says he hopes the incident raises awareness about the bigger problem of mines polluting waterways throughout the region. The technology exists, Williams says, and efforts by the EPA and other agencies to remediate toxic sites need to be funded fully.

“You hear about pollution, it doesn’t really register,” he said. “Then you see this blob of yellow running down the river.” 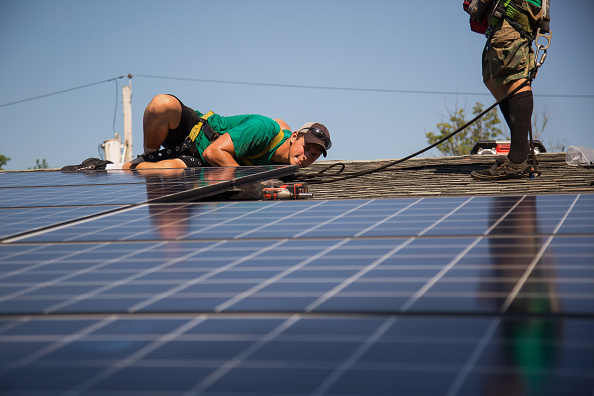 Could Obama’s Clean Power Plan Lower Your Electric Bill?
Next Up: Editor's Pick