President Obama hasn’t yet had much to say about Donald Trump’s presidential campaign. But he got more than a few licks in at the real estate mogul a few years ago at the White House Correspondents’ dinner.

Trump was an invited guest of the Washington Post at the April 30, 2011, dinner and seen then as a potential Republican challenger to the President the following year. Obama took advantage of Trump’s presence to mock him mercilessly, especially over the entrepreneur’s publicly stated doubts about his place of birth. Here’s what Obama said:

Obama’s jokes at Trump’s expense are even more remarkable in retrospect, as they were made during the final stages of the preparation for the raid that resulted in the death of Osama bin Laden—the very kind of thing that does keep a President up at night. Trump relished the attention, even if he didn’t like the actual jokes, saying the dinner was “like a roast.”

The President referenced Trump again at the 2015 correspondents’ dinner, but didn’t mince words this time: “And Donald Trump is here,” he said. “Still.” 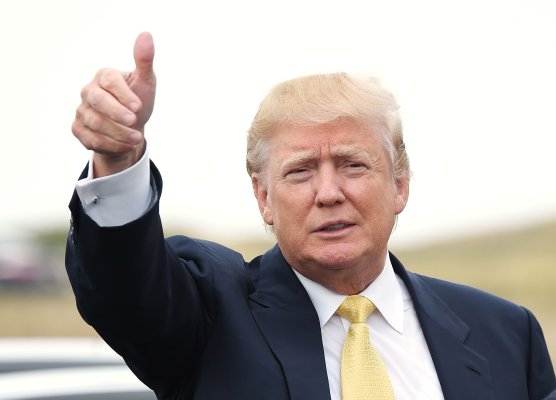