If you’re exasperated with the amount of focus being heaped on Donald Trump in the wake of the televised Republican debate, you’re not alone. John Oliver is also unimpressed.

The host of Last Week Tonight skewered Trump and the debate, which he likened to “the worst season ever of Dancing with the Stars.” Oliver also bemoaned the media fascination with Trump, pointing out that “the main headlines the next day were nothing to do with the battle between the candidates onstage but between Donald Trump and moderator Megyn Kelly, which culminated in this.”

However, the late-night host seemed to find solace in the fact that the GOP debate and the Trump media-hoopla would have little to do with the election, saying, “The 2016 election will not depend on this because it’s 457 days away. There will be actual babies born on Election Day 2016 whose parents haven’t even met yet. So everyone pace yourselves.” 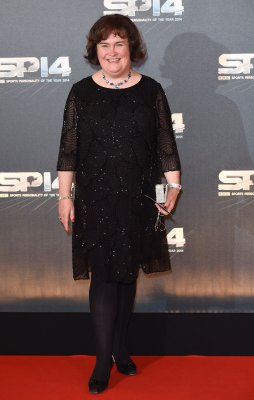 Susan Boyle Has an Eye on Hollywood
Next Up: Editor's Pick