British Foreign Secretary Philip Hammond says that the quality of European life will fall if the E.U. is forced to absorb millions of African migrants.

He made controversial remarks while on a trip to Singapore, the BBC reports.

“The gap in standards of living mean that there will always be millions of Africans with the economic motivation to try to get to Europe,” he told the BBC.

“So long as the European Union’s laws are the way they are, many of them will only have to set foot in Europe to be pretty confident that they will never be returned to their country of origin. Now, that is not a sustainable situation, because Europe cannot protect itself and preserve its standard of living and social infrastructure if it has to absorb millions of migrants from Africa.”

He also spoke pointedly on the migrant camps in the coastal French city of Calais, where the entrance to the Channel Tunnel has become a bottleneck of those who seek to enter the U.K.

“So long as there are large numbers of pretty desperate migrants marauding the area, there always will be a threat to the tunnel’s security,” Hammond said. “We’ve got to resolve this problem ultimately by returning those who are not entitled to claim asylum back to their countries of origin.”

“Rather than throwing up the drawbridge and talking about how Europe can ‘protect’ itself from migrants, Mr. Hammond should be working with our E.U. partners to ensure that people don’t drown in the Mediterranean or get crushed beneath lorries at Calais,” he told the BBC. 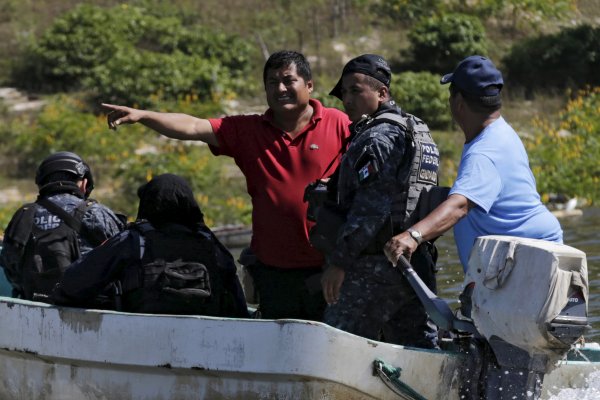