On Last Week Tonight, John Oliver tackled “the conversation that animals in zoos refuse to let you not have,” a.k.a. sex education in schools.

Oliver started the segment by showing a vintage sex education tape starring Jonathan Banks, who is better known as Mike Ehrmentraut from Breaking Bad and Better Call Saul, and used it as an example of the fact that in the U.S. there is no required standard for sex education—meaning it can vary wildly from state to state, district to district, and even school to school.

For example, in Mississippi, sex education is allowed, but condom demonstrations are not, despite the fact that the state ranks number two in teen pregnancy. Other states, like Utah, refuse to step into the fray at all, preferring to leave sex education to parents. “Here’s a conversation that has never happened: How are you so good at sex? I was home schooled,” said Oliver about that idea.

Then there are schools that opt for abstinence-only education programs. Abstinence can be a healthy decision for a teenager, whether by choice, or in Oliver’s self-professed case, “by circumstance.” But when abstinence-only programs are poorly designed, they can do a great deal of harm, according to Oliver.

For Oliver, though, one of the biggest things missing from most sex education programs in the U.S. is a frank conversation about consent. “Sex is like boxing, if one of the parties didn’t agree to participate, the other one is committing a crime,” said Oliver. To that end, Oliver conscripted Nick Offerman, Laverne Cox, Megan Mullaly, Kristen Schaal, Kumail Nanjiani, Jack McBrayer, Aisha Tyler and, naturally, Jonathan Banks to help craft a better sex education video. 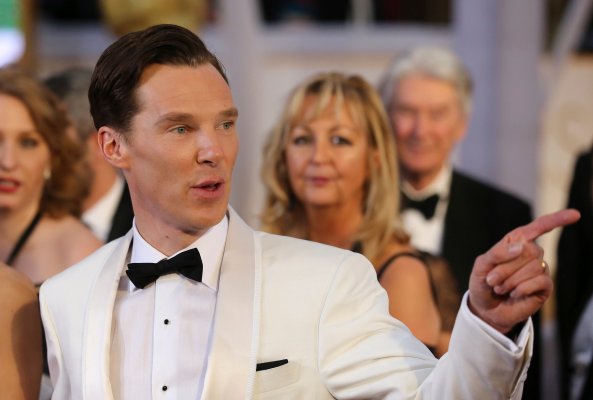 Benedict Cumberbatch Begs Fans Not to Record His Hamlet
Next Up: Editor's Pick