“We consider that the Joint Comprehensive Plan of Action (JCPOA) the United States and its partners negotiated with Iran will advance the cause of peace and security in the Middle East and can serve as a guidepost for future non-proliferation agreements,” the letter said. It went on: “This is an innovative agreement, with much more stringent constraints than any previously negotiated non-proliferation framework.”

The support from the scientific community comes at a critical juncture for Obama, who is facing criticism not only from the Republican party, but from also from fellow Democrats. Sen. Chuck Schumer (D.—N.Y.), a leading Democrat in Congress published a piece on Medium Thursday night explaining why he was against the Iran nuclear deal.

The scientists’ letter addressed fears that the deal was weak and gave in to much to Iranian demands. “Concerns about clandestine activities in Iran are greatly mitigated by the dispute resolution mechanism built into the agreement,” the letter said. “The 24-day cap on any delay to access is unprecedented, and it will allow effective challenge inspection for the suspected activities of greatest concern.” 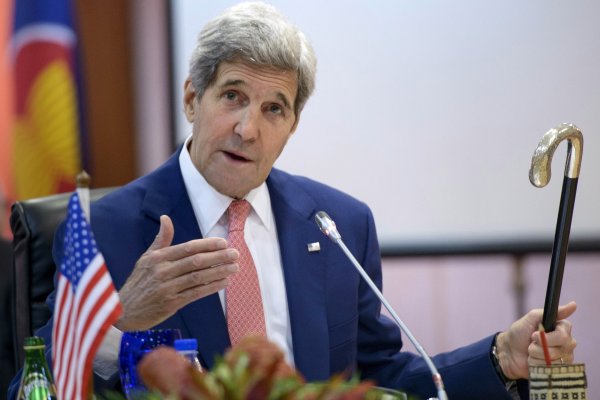 John Kerry Uses JFK'S Cane at Meetings in Asia
Next Up: Editor's Pick