Which is worse: feeling a pang of regret when a friend posts a “#brelfie,” or feeling pangs of fear that you might lose your home after being wrongfully fired for requesting pumping breaks?

Feeling like somebody might have given you a dirty look while you bought a can of formula, or worrying about the man leering at you while you feed your baby?

To hear some Mommy Warriors tell it, all of these situations are equal, thus there’s no value in campaigns to normalize breastfeeding, such as last week’s World Breastfeeding Week.

But what people on both sides of the fence seem to forget is that many moms don’t live in a wealthy bubble where our feelings are the only things at risk as we make choices for our children and families. Complaints about rampant shaming or “bressure” among affluent women ignore the structural obstacles that working class women and women of color—like myself—face if we decide we want to nurse our babies.

While affluent women have the freedom to walk away from jobs that don’t allow them to nurse or pump, as well as the power to demand individual accommodations like paid family leave and comfortable lactation rooms, working class women and women of color disproportionately work in low-paid service sector jobs where they aren’t given the same flexibility. This means that many struggling mothers are stuck either spending thousands of dollars on formula, or losing their jobs altogether.

We need breastfeeding advocacy campaigns in order to create the public understanding and political will to expand such accommodations, and to make mothers aware of the rights we already have.

In several online communities for black breastfeeding moms that I belong to, women frequently share stories of being mistreated by employers for requesting pumping breaks or clean, safe places to express and store their milk. Many have no idea that such mistreatment is illegal. Others are seeking support after partners and family members accuse them of being lewd or inappropriate for nursing their children. Lacking support at work or at home or both, many moms forfeit their breastfeeding goals despite wholeheartedly wishing to start or continue nursing.

Regrettably, mothers of all kinds face undue scrutiny and judgment no matter what we do for our kids. But the Department of Labor has found at least 71 serious instances of lactation discrimination since the Affordable Care Act took effect. Trying to turn campaigns like World Breastfeeding Week into #AllFeedingMatters completely ignores the difference between hurt feelings and discrimination.

No one should be shamed for how they feed their children, as long as those children are well fed and cared for. But letting privileged parents who already have a choice undermine attempts to offer less advantaged parents the information and advocacy they need to claim that freedom for themselves is shortsighted and unfair. Transforming earnest attempts to destigmatize and demystify women’s bodies into a conversation about privileged women’s feelings obscures the fact that breastfeeding awareness campaigns are—or should be—about promoting public health and ending widespread discrimination. 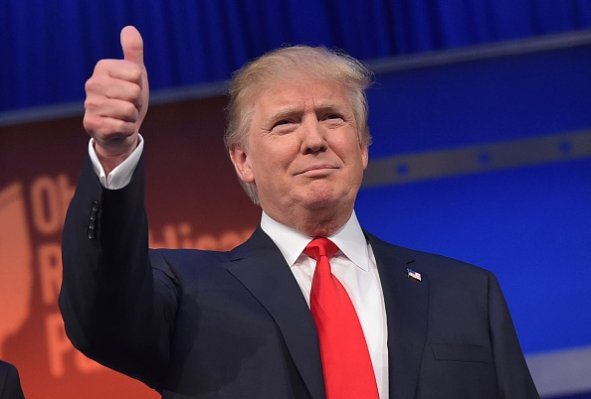 Women Voters Should Thank Donald Trump
Next Up: Editor's Pick