How You Buy Cellphones Is About to Change Forever

The Verizon Wireless logo is displayed on a window at a retail store in Washington, D.C. on Oct. 23, 2014.
Bloomberg/Getty Images
By Alex Fitzpatrick

This misconception owes to mobile carriers’ longstanding practice of offering discounts on phones for customers who agree to a two-year contract. For years, the deal was generally this: You go to a company like Verizon or AT&T, you sign some paperwork locking yourself into 24 months of wireless service, and Verizon or AT&T gives you a shiny new phone at a subsidized price—or even free, if you opt for less than the very best hardware.

The carriers could afford this subsidy because they’ve locked you into a contract. This is the genesis of the dreaded Early Termination Fee. ETFs let the carrier recoup the costs of that hardware subsidy should you renege on your side of the deal before your two-year commitment is up.

But mobile carriers have long been flirting with ditching this way of doing business. T-Mobile, known for its industry-disrupting practices, was the first major U.S. carrier to move away from subsidies and contracts in a significant way. Instead, it began offering contract-free deals that require customers to buy a phone at full price, either right away or through installments tacked onto their monthly bill.

Soon after T-Mobile’s move, the country’s two biggest mobile carriers, AT&T and Verizon, followed suit with similar offerings of their own. But neither made contract-free plans their primary offering. Until now.

In a major sign of the direction the wireless industry is headed, Verizon announced Friday it’s abandoning contracts and subsidies for new customers beginning Aug. 13. Verizon’s new plans will be priced based on the amount of wireless data customers want and the number of devices they need to connect; customers will have to buy their hardware entirely up-front or over the course of however many months it takes to foot the bill. In the ultimate sign that wireless carriers are really just Internet companies now, unlimited talk and text comes free. Existing Verizon customers will be grandfathered in on their current plan.

Verizon’s execs say the move is about simplicity. “Choosing a wireless plan is now easier than ever,” said Verizon Wireless Vice President of Consumer Pricing Rob Miller in a statement. “Customers said they don’t want to have to do a lot of math to figure out their best options, and we heard them.”

Verizon’s move might mean a slightly more expensive or cheaper bill for users, depending on how their needs shake out. But it’s definitely a positive for consumers in one big way: If you buy your own device upfront and you’re not locked into a contract, it’s possible to move your device from carrier to carrier in search of the best deal. That’s a form of competition we haven’t seen much of in the American wireless marketplace, and it’s a good thing to have. Still, that benefit will only be enjoyed by people who either bring their own existing phone, buy a new one upfront, or manage to pay off their debt to the company. For that last group, month-to-month payments might not look all that different from a two-year contract.

It will be interesting, too, to see if Verizon’s move has any effect on the high-end phone business. Take the iPhone, for instance. It’s crucial to Apple’s success, accounting for more than 60% of the company’s revenue in its most recent quarter. But it’s also an expensive machine, again coming in at a starting price of $649 for the entry-level iPhone 6. Will fewer customers opt for the very best iPhone knowing they now have to swallow that cost themselves, even if it’s spread out over time? Or will this open a window for makers of cheap handsets, especially foreign brands like China’s Xiaomi and OnePlus? We’ll have to wait and find out. 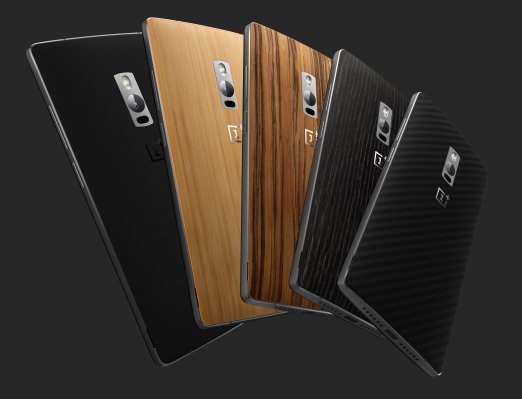 Meet the $329 Phone Everyone's Been Waiting For
Next Up: Editor's Pick