What Jon Stewart and Peter Jennings Had in Common

Ten years ago Friday we lost Peter Jennings to cancer. That this anniversary comes the day after Jon Stewart signed off from The Daily Show holds special irony for me.

It was Peter who first introduced me to Jon 15 years ago at the Democratic convention in Los Angeles. Peter was a big and early fan of what Jon was doing on the show he’d taken over just a short time before. He brought Jon to our workspace to show him around. In introducing the two of us, Peter told me how much he admired what Jon was doing—and Jon quickly made it clear, as he always did, that he wasn’t pretending to be a journalist. He wanted people to know that what we did was very different from what he was doing.

Of course, Peter didn’t need to be reminded of the line between journalism and commentary—or even entertainment. He made it plain to us every day, by his words and by his example, that our mission was to find and tell the truth to the best of our ability. It was not to hype or spin or titillate. Often what Peter did on the air was completely compelling, such as our 24-hour broadcast covering the dawning of the new Millennium and in his anchoring of our around-the-clock coverage on 9/11 and the days that followed. Sometimes it was harder to make the important stories as memorable as we would have liked. But whatever Peter did, it was always substantive, always carefully reported and crafted, always worth our time to watch. His goal was to inform, not to entertain.

Jon Stewart gave himself a different mission, but in some ways it complemented what Peter and the rest of us at ABC News tried to do. As Stewart made plain in his final show Thursday night, he wanted to hold those in power to account (as did Peter, in a very different way). He didn’t limit his singeing humor to the hypocrisy and failings and cynicism of our leaders. No, Jon Stewart made fun of us, the journalists covering those leaders. It stung to see our work held up to ridicule, but we could see the underlying truth in what he was saying. For those of us who take the craft and profession of journalism seriously, we sensed that Jon’s withering criticism came from a deep motivation to try to make us better than we sometimes were. He wanted us to be good. He expected us to be good. And he couldn’t help being disappointed when we fell short.

Time moves on. People and institutions and expectations change. But I fear that time has not been a friend to the mission Peter took for himself and recommended to the rest of us. I’m not sure that Jon has had the effect on journalism that he wished for. Too often it seems that some of us in the news have lost sight of the line that both Peter Jennings and Jon Stewart saw so clearly between news and entertainment.

But for the sake of us all, I hope we can think from time to time about the lessons they each tried to teach us. 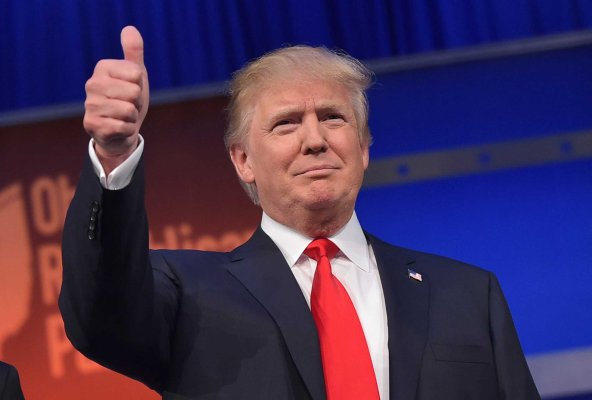 These Are the 5 Best Donald Trump Headlines Ever
Next Up: Editor's Pick