Amid the outrage over the killing of Cecil the lion by an American dentist in Zimbabwe last month, several major airlines, including U.S. carriers Delta Air Lines and American Airlines, said they would no longer transport lion heads or other leopard, elephant, rhinoceros, and buffalo hunting “trophies.”

While wildlife conservationists praised the bans as a way to discourage the poaching of endangered species, not all environmental groups were pleased with the new policies. In particular, South Africa’s Department of Environmental Affairs announced on Thursday that it was “disappointed” with Delta’s decision, saying the airline’s “blanket ban” does not distinguish between animal “specimens” that were acquired legally versus those killed illegally.

The trade of animal trophies is a significant contributor to South Africa’s economy, with the country’s hunting industry worth nearly $500 million, the environmental agency said.

Namibia also complained that the airline bans would actually endanger more animals by reducing hunting tourism, which funds the country’s protection efforts, according to the Associated Press.

An editorial in The Wall Street Journal on Thursday, titled “How Trophy Hunting Can Save Lions,” argued a similar point. The editorial cited statistics that Kenya’s 60% to 70% of Kenya’s large wild animals have been wiped out since the country banned hunting in 1977: “Lion conservation succeeds when it provides incentives for local people to protect lions and their habitat. In other words, if it pays, it stays,” the authors wrote. “When done responsibly and legally, trophy hunting is a way to ensure African lions are here to stay.”

Most Popular on TIME
1
Who Should Be TIME’s Person of the Year for 2020? Vote Now
2
What to Know About Hillbilly Elegy
3
New Internet Legend Manages to Rick Roll Rick Astley 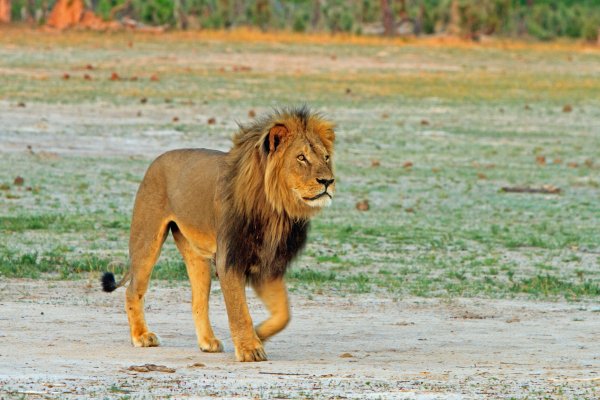 Cecil the Lion's Son Killed by Big Game Hunter
Next Up: Editor's Pick