Floyd Mayweather Finally Thought of a Comeback for Ronda Rousey

One of the highlights of the ESPYs last month was Ronda Rousey’s red carpet dig at Floyd Mayweather after beating him for the Best Fighter award.

“I wonder how Floyd feels being beat by a woman for once,” Rousey said, referring to the battery charges the boxer has faced. “I’d like to see him pretend to not know who I am now.”

Nearly a month later, Mayweather has finally responded. “I’ve yet to see any MMA fighter, or other boxer, make over $300 million in 36 minutes,” Mayweather said during an interview with ESPN after congratulating Rousey on her award. “When she can do that, then, call me.” 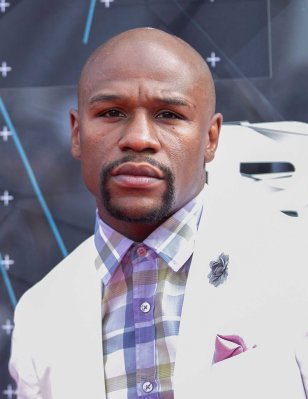 Floyd Mayweather's Final Fight Will Be Against Andre Berto
Next Up: Editor's Pick