Customers can order the product from Best Buy’s online store or purchase one from more than 100 Best Buy locations around the country. A spokesperson for Best Buy says the Apple Watches are sold on a first-come, first-served basis, so there is no need to reserve them in advance or schedule a time to pick one up.

Both the regular Apple Watch and Sport versions are available in two sizes, for a total of 16 different models including various band styles and colors. Best Buy, however, is charging $0.99 more than Apple’s price for each watch.

The high-end gold Apple Watch models, which start at $10,000, are not yet available at the big-box technology retailer, though people can buy them directly from Apple. (It’s still unclear how well the pricey wristband devices are selling.)

By holiday shopping season, Best Buy plans to carry the watches in a total of 300 brick-and-mortar stores. The retailer has been looking for ways to boost its sales, particularly during the competitive end-of-year gift buying period, since it launched on a restructuring plan in late 2012 following disappointing results. 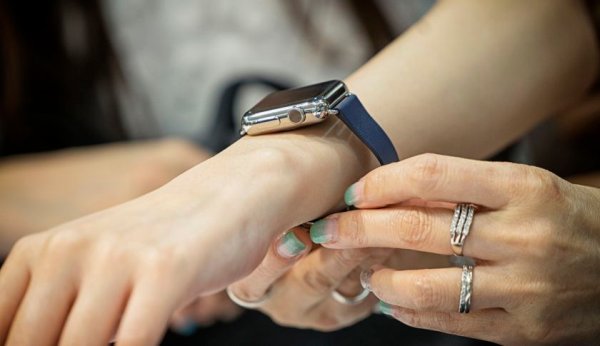 The Apple Watch Has Drastically Lowered Sales Of This Product
Next Up: Editor's Pick