Donald Trump says he will investigate whether he actually said the crass things about women that Megyn Kelly accused him of having said during the first Republican debate.

Kelly, one of the moderators on the Fox News debate, drew attention to Trump’s past remarks on Thursday night, saying, “You’ve called women you don’t like fat pigs, dogs, slobs and disgusting animals.” He responded, “Only Rosie O’Donnell.”

“For the record,” Kelly said, “it was well beyond Rosie O’Donnell.”

Trump appeared on Good Morning America on Friday to discuss the debate and said he does not recall using the words Kelly accused him of using, but that “We’re going to take a very serious look at it,” the Associated Press reports. On Morning Joe, he said, “Not that I’m an angel, by the way. But I don’t recognize those words, so you know, she was spewing out these words, and I’m sitting there.”

Trump’s O’Donnell insults are well documented, but he has also reportedly used rude vocabulary to describe other women. He is reported to have once called a lawyer “disgusting” when she asked to pause a meeting so she could pump her breast milk. New York Times columnist Gail Collins says he once wrote to her that she had the “face of a dog.” On Friday, he retweeted someone on Twitter calling Megyn Kelly a “bimbo.” 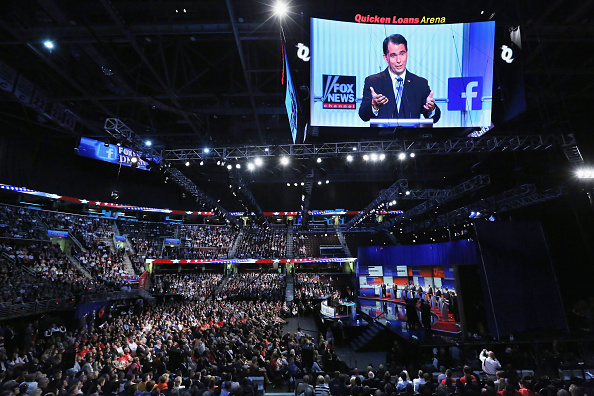