The Effect Eating Has on Female Desire: Study

Women may be more responsive to romance when they’re full.

That’s according to the results of a small new brain-scan study published in the journal Appetite. Author Alice Ely, now a postdoctoral fellow at the University of California, San Diego, had already studied how women’s brains respond to images of fatty foods on an empty and full stomach and found that both their hunger status and dieting history did influence brain activation patterns. She wanted to see if a woman’s hunger state had an effect on another highly rewarding stimuli beyond food: romance. “We found that it did,” she says.

Ely and her colleagues recruited 20 young women who were all normal weight. Half had tried at least twice in the past to lose weight, and half had never dieted. All of the women fasted for eight hours, then came to the lab hungry. The researchers sent them into an fMRI scanner, where the women viewed romantic pictures, like a couple holding hands, and neutral images, like a bowling ball. The researchers saw similar levels of activation between the two groups of women. They then drank 500 calories’ worth of a meal replacement drink and popped back into the scanner to look at the the same pictures again on a full stomach.

This time, “they were more responsive to romantic cues,” says Ely, who hypothesizes as to why that might be the case: “Instead of being anxious and annoyed and irritable when you’re hungry…once we’re sated, then we can get on to better things.”

Traci Mann, a professor in the department of psychology at the University of Minnesota and a dieting researcher who was not involved with the study, says that the results make sense. When you’re fasting, you’re “entirely preoccupied and focused with thoughts of food,” she says. “It seems to me it would be hard for them to be drawn away from thinking about food to thinking about other things.”

Interestingly, the post-meal brain activity in response to romantic cues was especially strong in the young women who had reported dieting in the past. Other research has shown that when dieters are offered rewards like food, they usually show a stronger brain response after they’ve eaten—”which suggests that they’re still kind of motivated to eat even once they’re nutritionally full,” Ely says. “But what we’re seeing is that’s kind of true for stuff beyond just food.”

“There’s some evidence that people who are more impulsive or more reward-sensitive tend to eat more in certain situations, but there haven’t been too many imaging studies looking at this population and looking across different kinds of stimuli,” Ely explains.

Ely cautions that it’s only a pilot study with a small group of women of the same age, and much more research is needed to draw any conclusions. “It’s all very speculative, but it’s still very interesting and a sort of unexpected finding,” she says—and not a bad excuse to take a crush out to dinner. 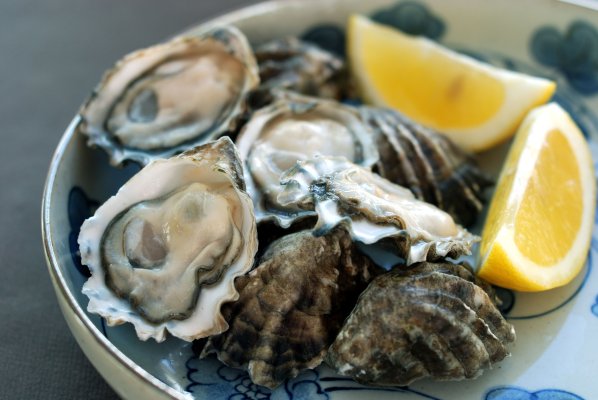 Scientists On Aphrodisiacs: What Works and What Doesn’t
Next Up: Editor's Pick