Among Jon Stewart’s many visitors during his final episode of The Daily Show Thursday were a handful of politicians who recorded send-offs for the host. Though they didn’t say as much, the looks on their faces seemed to register the feeling of a thorn being magically removed from their sides.

From the U.S. Senate, there was Chuck Schumer, Lindsey Graham and John McCain. Congressman Charles Rangel bade farewell, as did Secretary of State John Kerry, New Jersey governor Chris Christie and Chicago mayor Rahm Emanuel. Hillary Clinton even offered her own sarcastic message: “And just when I’m running for president, what a bummer.”

Some of the politicians clearly relished the opportunity to give Stewart a taste of his own medicine. McCain, though, put it most succinctly: “So long, jackass.” 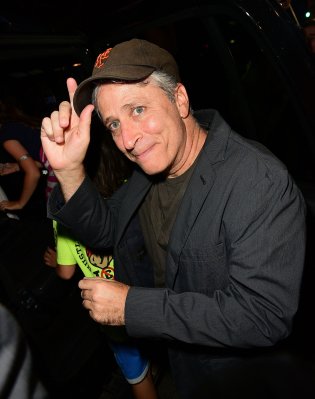 Here's Jon Stewart's Tearful Goodbye to The Daily Show
Next Up: Editor's Pick