“Two bald tires and a sheep in the boot” might sound like the last line of a nursery rhyme, or maybe a long-lost Dave Matthews Band album from the 1990s, but it’s also the reason that police stopped a driver in northern England this week.

The man had a large sheep tucked in the back of his small Peugeot 206, and police were concerned it might constitute an “insecure load,” local paper the Northern Echo reports. When they pulled the man over, they also discovered two of his tires were on the verge of puncture.

The man said the sheep was from his farm and that he just wanted to take it out with him while he grabbed a burger at McDonald’s. “Some people take their dogs in their cars, I take my sheep,” he reportedly told the officers who pulled him over.

“He seemed fine to be honest — although he obviously felt a little sheepish when we pointed out the two bald tires,” Chris Marlow, one of the officers, told the Echo, earning a round of applause from pun lovers everywhere.

Concluding that a sheep in the backseat did not present any more risk than a large dog would, the officers chose not to take the man in for questioning. But did they send him home with a ticket, anyway? 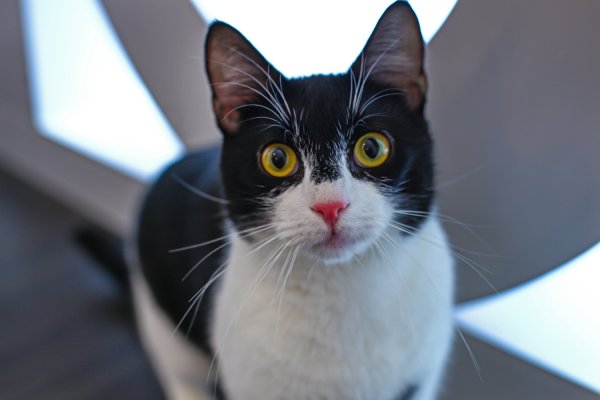 Another Cat Café Is Opening in New York City
Next Up: Editor's Pick