Here's a Photo of Hillary Clinton at Donald Trump's Wedding

Donald Trump was hit in both the undercard and the primetime Republican debates tonight for his ties to the Clinton family and its foundation.

Former Hewlett-Packard CEO Carly Fiorina knocked him for reportedly getting a call from Bill Clinton before he jumped into the race, while Kentucky Sen. Rand Paul suggested he might support Hillary Clinton if he doesn’t win the Republican nomination.

“Hey, look, look! He’s already hedging his bet on the Clintons, OK? So if he doesn’t run as a Republican, maybe he supports Clinton, or maybe he runs as an independent…” Paul said.

Trump, for his part, admitted that he has donated to the Clinton Foundation in the past, and that he told Hillary and Bill to come to his wedding in 2005. And here’s a happy photo to prove it:

Clinton spokeswoman Jennifer Palmieri responded: “He invited her; they’re acquaintances; this is long established. And it hurt her feelings I’m sure to hear him suggest that he didn’t actually want her there.”

— With Sam Frizell in Brooklyn 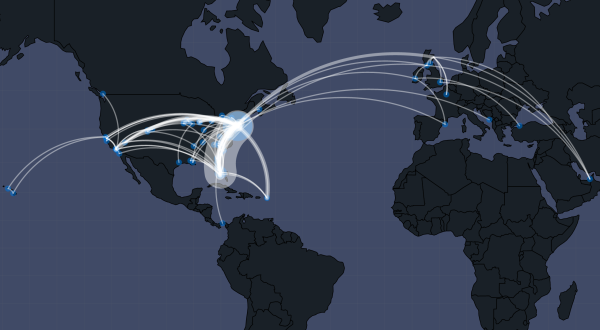