While millions of Americans watched ten Republican presidential contenders hold forth in Cleveland, Kim Kardashian was hanging out with Hillary Clinton, whose fundraiser she and husband Kanye West attended in Los Angeles on Thursday night.

Clinton’s campaign held the event at the home of Scott Braun, the manager to Justin Bieber and Ariana Grande. The event occasioned a selfie, which Kardashian posted to her Twitter page.

Variety reports that John Travolta, Jeffrey Katzenberg, and longtime Clinton friend Mary Steenburgen were also at the fundraiser, as was Kardashian’s mother, Kris Jenner, who had her own opportunity to pose with Clinton.

Earlier — about 25 minutes into the GOP debate, a few moments before Jeb Bush and Donald Trump began sparring over immigration law — Kardashian posted a tweet saying she was “excited to be meeting our next President!!” She had deleted an earlier tweet that referred to Clinton by name.

“Maybe she’ll take a selfie with me,” she pondered. 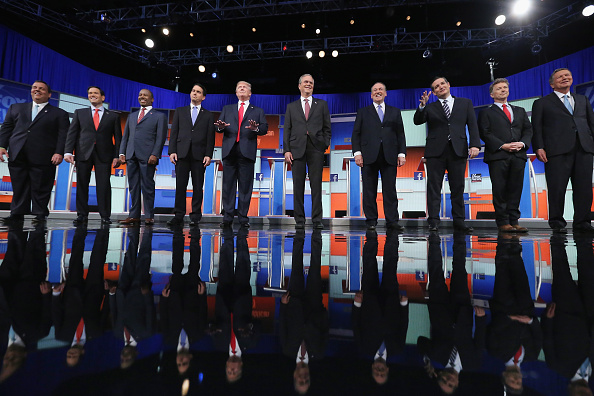 Transcript: Read the Full Text of the Primetime Republican Debate
Next Up: Editor's Pick