Carly Fiorina Left Her Debate Remarks on a Hotel Printer

The former head of Hewlett-Packard made the most routine goof anyone makes with one of its products: She left an important document on the printer.

Earlier on Thursday, Republican presidential candidate Carly Fiorina—or someone on her staff—used a hotel printer to print out a closing statement for the Fox News debate, then forgot to pick it up.

The abandoned printout made its way into the hands of Sergio Gor, a spokesman for Kentucky Sen. Rand Paul, who will be appearing in the primetime debate later on Thursday, who then tweeted a photo out.

While Gor either didn’t know or didn’t say whose closing statement that was, it became clear as soon as Fiorina began closing out the debate. 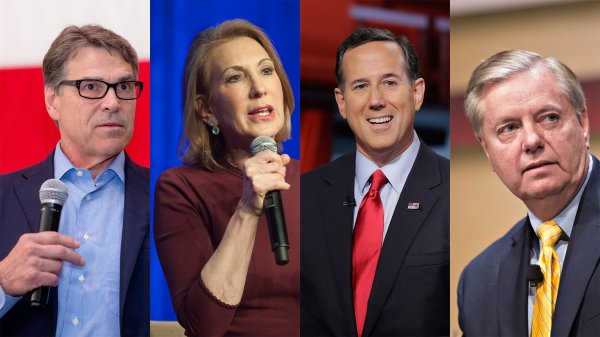 Transcript: Read the Full Text of the Republican Undercard Debate
Next Up: Editor's Pick