A man dressed as Spider-Man was caught on camera in a fight with a pedestrian New York’s Times Square on Thursday. According to the New York Daily News, the pedestrian was the antagonist.

“The guy was harassing a number of performers, other costumed folks,” witness Geoff Goldberg told the tabloid. “They’ve notoriously had issues with him in the past.”

Goldberg was the man responsible for capturing 30 seconds of the brawl on video, though the clip failed to capture the start or outcome of the fracas. The video begins with Spidey throwing the first punch (and kick). 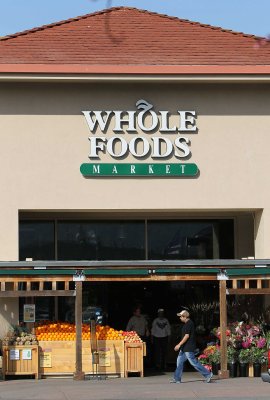 Whole Foods Put 3 Sticks of Asparagus in a Jar of Water and Sold it for $6
Next Up: Editor's Pick