Jon Stewart opened his final episode hosting The Daily Show Thursday night with a nod to–what else–the news. “I feel somewhat of a responsibility–nay, an obligation–to devote the entirety of our last show to our standard post-debate full-team coverage,” he began. The problem, however, is that he didn’t have enough correspondents to assign to each of the 10 Republican candidates participating in the debate. Or so he thought.

After assigning Jessica Williams to the Jeb Bush campaign, Hasan Minhaj to the Scott Walker camp and Jordan Klepper to Donald Trump, Aasif Mandvi and Al Madrigal popped out of the woodworks to grab John Kasich and Marco Rubio. John Hodgman and Lewis Black appeared to cover Rand Paul and Chris Christie. Within moments, Kristen Schaal, Samantha Bee and Steve Carell and his wife Nancy had joined the team in “Cleveland” (or the green screen that looks like Cleveland).

When Stewart expressed gratitude to all his former correspondents for returning to cover the debate, Carell explained, “I never left, Jon. Becoming an international superstar is just something I did while I was waiting for my next assignment.”

But that was only the beginning. Vance DeGeneres and Mo Rocca returned to do their Dollars and Cents segment, noting that nothing major had happened in the financial industry in the last decade. Matt Walsh and Dan Bakkedahl showed up in costume for Veep and Larry Wilmore told Stewart, whose finale bumped his show Thursday night, “Black shows matter, Jon.”

Josh Gad (a.k.a. Frozen’s Olaf) sang “Do you want to leave the show, man?” to the tune of “Do You Want to Build a Snowman?” Rob Corddry pretended to forget about his brother and fellow former correspondent Nate, Olivia Munn brought Stewart a 70th birthday cake, and Jason Jones, Dave Attell, Darth Vader (Senior Evil Correspondent), Bassem Youssef, Michael Che, Wyatt Cenac and Rob Riggle dropped in, as well.

Last, but not least, Ed Helms promoted his new Rocky Mountain Institute for Men Who Get More Distinguished and Handsome as They Age, John Oliver talked about what he had for breakfast on his first day on the show and Stephen Colbert delivered a heartfelt tribute to the man without whom, in his words, “I’d be back in those hills mining turds with Pappy.” 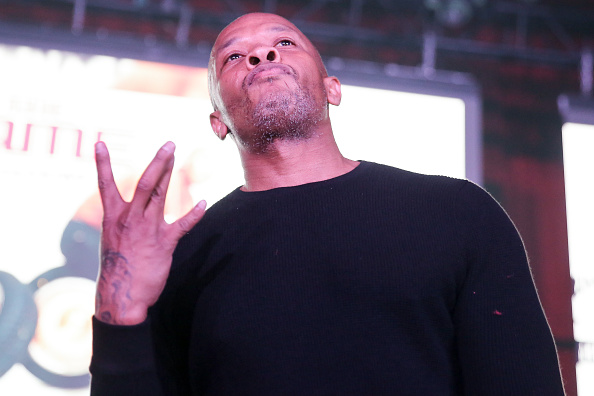 Listen to Dr. Dre's Much Anticipated New Album Compton
Next Up: Editor's Pick