In case you haven’t heard, there’s an election campaign on in Canada—and the country’s next leader will have to take a stand on streaming movies.

Canada’s ruling Conservative Party wants to make the “Netflix tax”—a proposed sales tax on the streaming video service’s subscription fees—a major issue in the campaign. In a video released on social media on Wednesday, current Canadian Prime Minister Stephen Harper stood in front of a Netflix logo and spoke about his love of movies and Breaking Bad.

“I’m 100% against the Netflix tax, always have been, always will be.” Harper said in the widely-mocked video, accusing his rivals of supporting the tax. “So the choice is clear: only our Conservative Party can be trusted to focus on the needs of Canadian consumers and to keep your taxes low. Only our party can be trusted not to bring forward a new Netfix tax.”

Canada’s Liberal party told the Toronto Sun that they “never supported a Netflix tax and do not support a Netflix tax.” The left-wing New Democratic Party, which is currently leading in the polls, also said they didn’t support the tax, according to The Huffington Post Canada.

Canada’s government wouldn’t be the first to put a tax on streaming services: Chicago implemented a 9% tax on Netflix and other similar services last month. 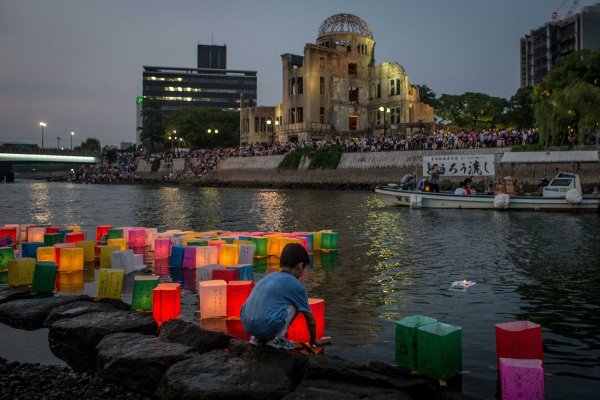 Witness Hiroshima Mark the 70th Anniversary of Atomic Bombing
Next Up: Editor's Pick