This Is World of Warcraft's Monumental New Expansion

An advertisement for the ''World of Warcraft'' game, produced by Activision Blizzard Inc., a video-game publishing unit of Vivendi SA, is displayed at a store in Paris, France, on May 12, 2012.
Fabrice Dimier—Bloomberg/Getty Images
By Matt Peckham

You’re going toe to toe with the Burning Legion in the next expansion, World of Warcraft wonks. On a mammoth green-backlit stage, wearing black button-ups with arcane symbology, Blizzard’s creative leads unveiled the studio’s sixth expansion to its 11-year-old online fantasy opus at Gamescom 2015 in Cologne.

It’s called World of Warcraft: Legion, and the usual expansion upticks apply: a 10 level character ceiling bump to 110 (and the option to boost one character to level 100), the obligatory new dungeons, raids and world bosses, overhauled PvP progression, new “artifact” weapons (36 total, one for each specialization, customizable, and they get more powerful as you do), class order halls, a new mobility-focused hero class (Demon Hunter, can glide-attack and double-jump, ) and a new continent to explore.

MORE: 11 Things We Learned By Trying Every Virtual Reality Headset Out There

Blizzard says that continent, dubbed the Broken Isles and extant in the lore, lies at the heart of Azeroth, calling it a “long forgotten graveyard continent” and “formerly a bustling Night Elves civilization.” It’s draw is the tomb of Sargeras, another throwback lore point harboring the well-known creator/leader of the Burning Crusade, last seen in a convoluted flashback circa Blizzard’s pre-World of Warcraft real-time strategy entry Warcraft III: The Frozen Throne. Sargeras’s tomb is apparently an active gateway to endless legion worlds, a demonic invasion Blizzard described as bigger than the War of the Ancients, and “the biggest demonic invasion of Azeroth ever.”

The studio also highlighted what it called a bridging cinematic (video below), linking the last expansion, Warlords of Draenor, to Legion. In it, you can see Gul’dan (the hooded orc) exploring the tomb and unearthing Illidan himself, locked in that giant semi-translucent block of green.

World of Warcraft subscriptions have fallen dramatically over the past few years, most recently dropping from 7.1 million to 5.6 million players. In a recent earnings call, Activision said the game is still the top subscription-based title in the world.

We’re still waiting for Legion‘s release date or timeframe. If Blizzard announces one when this presentation is over, I’ll add it here.

Update: The original version of this story incorrectly referred to Illidan as Sargeras. 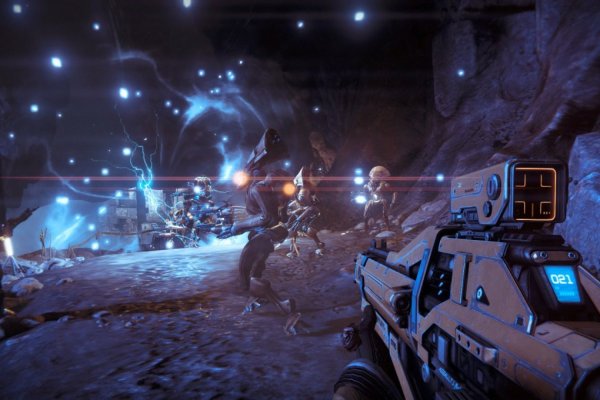 Here's Why Destiny May Finally Be Coming to PCs
Next Up: Editor's Pick