O’Malley, who is struggling to gain traction in his challenge to Hillary Clinton for the Democratic presidential nomination, has long called for more debates that would give him more airtime on a national stage. The DNC has limited the number of debates to six and threatened to exclude presidential candidates who debate outside that framework.

The DNC rule “tramples over everything that is important about the democratic process,” said Jake Oeth, O’Malley’s state director in Iowa. “We welcome anyone who wants to participate and we hope to engage in open conversation with anyone.”

Oeth added that O’Malley staff are in discussions with other Democratic presidential campaigns about the possibility of expanding the number of debates. Deputy campaign manager Lis Smith on Thursday reiterated the point in a tweet.

A spokesman Sen. Bernie Sanders’ campaign did not immediately respond to questions about discussions with O’Malley’s campaign.

There were more than 20 debates in the Democratic primary in 2008, and 15 in 2004, including debates that were not sanctioned by the DNC.

O’Malley’s campaign has been increasingly vocal about opposing the DNC debate schedule, which was announced Thursday. The DNC announced months ago there would be 6 total debates, and that candidates could only participate if they abided by the DNC framework.

With fewer debates, Clinton’s challengers for the Democratic nomination get fewer chances to appear on a national stage with the frontrunner. Limiting the number of debates is generally seen as favoring Clinton.

In Iowa this week, O’Malley told The Hill that the DNC was trying to “pre-ordain the outcome, circle the wagons and close off debate” in favor of Hillary Clinton. O’Malley’s senior strategist, Bill Hyers said in a note to supporters, “the DNC has no place determining how many times voters in early states can hear from Presidential candidates.”

O’Malley’s campaign is not alone in opposing the six-debate limit. Sanders, who is trailing in polls against Clinton by less than 10 points in Iowa, has started a petition to call for more debates.

“At a time when many Americans are demoralized about politics and have given up on the political process, I think it’s imperative that we have as many debates as possible—certainly more than six,” Sanders said in a statement Thursday. “I look forward to working with the DNC to see if we can significantly expand the proposed debate schedule.”

The DNC, which is staffed by a number of Clinton loyalists, has defended the debate schedule, saying it will allow for a robust discussion over the party’s platform. “These debates will highlight the Democratic Party’s policies, which will continue to strengthen the middle class, and we hope Americans across the political spectrum will tune in,” said party chairwoman Debbie Wasserman Shultz. 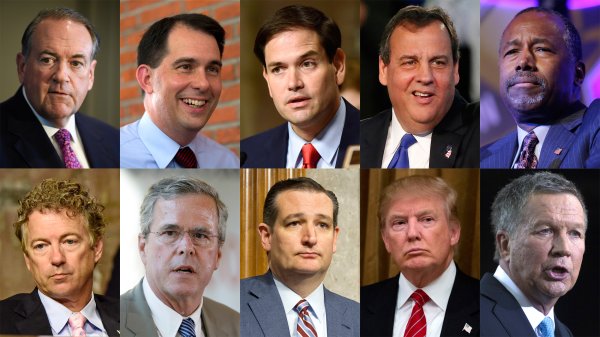 Here's the One Fox Republican Debate Question Each Candidate Doesn't Want
Next Up: Editor's Pick