Prisoner Surfs Out of Norway's Most Luxurious Prison

If you’re familiar with Norway’s Bastoy Prison, you’re likely also aware of its reputation as one of the world’s nicest place to be locked up. Situated on a plus one-square-mile island, Bastoy features no walls or fences or cells, instead treating inmates to tennis courts, beaches and a sauna. It’s all part of the Scandinavian country’s emphasis on humane rehabilitation rather than harsh punishment.

But for one convicted sex offender in his 20s, the luxuries of Bastoy just weren’t enough. The inmate set sail from the island on a surfboard, using a plastic shovel to paddle less than two miles to the mainland. He has yet to be recaptured.

Escape attempts are rare at Bastoy, which was founded in 1982 and hosts approximately 115 inmates, partly because of its unparalleled amenities and partly because those who are subsequently caught have little chance of returning. Escapees are usually placed in one of Norway’s high-security facilities.

Bastoy is also notable for the amount of freedom it provides even high-level offenders: many of the prisoners are murderers, rapists and drug traffickers. Even so, the Norwegian approach appears to have proven largely effective. As of 2012, Bastoy had a recidivism rate of just 16% in the two years following prisoners’ release, compared with 43% over three years in the U.S., according to a 2011 study.

Perhaps most remarkable is the prison’s reaction to escapees:

It’s unclear whether the recent escapee paid the prison that particular courtesy. 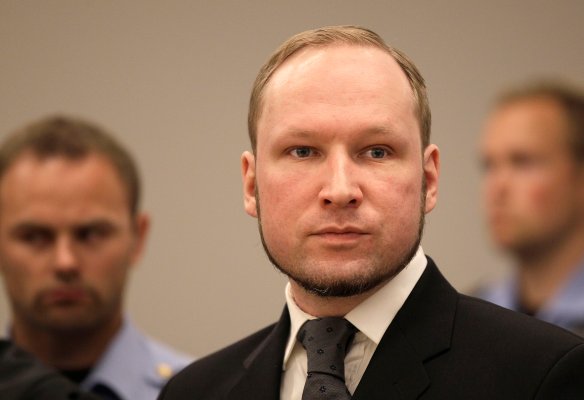 Norway Mass Killer Accepted to University
Next Up: Editor's Pick