Hollywood has a problem: it’s mostly all white men.

From 2007 to 2014, only 30.2% of 30,835 speaking characters were female. That means there was roughly one female for every 2.3 male actors in a film, according to a new study out of the Media, Diversity & Social Change Initiative at the University of Southern California’s Annenberg School for Communication and Journalism.

That doesn’t even get into the issue of race or ethnicity. In 2014, 73.1% of characters in the top 100 films were white. Middle Easterners and Latinos had some of the worst showings, holding 2.9% and 4.9% of the roles, respectively.

The report looked at 700 popular films released over 7 years, examining the mix of gender and race on screen and behind the camera. All speaking characters were counted and assessed for demographics, domestic traits and hyper-sexualization.

Not only are women and minorities sidelined over their white male peers, but age matters, as well. (Even Amy Schumer has poked fun at this fact.) Last year, there wasn’t a single movie among the top 100 fictional films that starred a woman over 45 years of age.

Top older actresses that may come to mind didn’t hold the starring roles. Meryl Streep, who is 66-years-old and graced the screen in films such as “Into the Woods” and “The Giver” last year, held only supporting roles.

The findings aren’t new; diversity issues have plagued movies and television for years. But it’s a good reminder that even in a year that featured diverse leads in films such as “Selma,” “The Hunger Games,” and “Divergent,” American entertainment remains a homogeneous field. 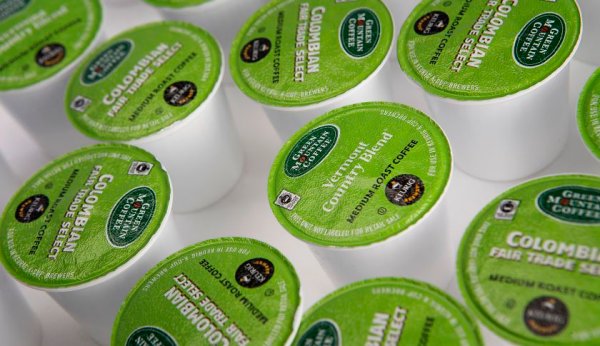 Here’s Why Keurig’s Share Price Is Absolutely Tanking Today
Next Up: Editor's Pick