This Is The Latest Harry Potter Theory Driving Muggles Mad

If we’ve learned anything about the Harry Potter series over the years, it’s that fans will never let it go. Numerous theories and questions about the plot tend to swirl through the Internet like memories in a Pensieve, but a recently resurfaced 2014 Tumblr post is causing Muggles everywhere to stop and question everything.

In the final Potter book, we learn about The Tale of the Three Brothers, a wizard fairy tale unfamiliar to the Muggle-raised Harry. The story is that of the Peverell Brothers, who cheat Death, and receive rewards as a result: the unbeatable Elder Wand; the Resurrection Stone that brings people back from the dead; and the Invisibility Cloak, which conceals its user. These three items are often referred to as The Deathly Hallows, hence the name of the final book.

A common theory has compared Harry, Snape and Voldemort to the brothers. Voldemort is the oldest, murdered in his bed by someone who sought the Elder Wand. Snape is seen as the middle brother, who was driven to suicide after resurrecting the girl “he had once hoped to marry, before her untimely Death.” Harry as the youngest brother, who escapes Death with the cloak until giving it to his son, greeting “Death as an old friend” and going with him gladly.

The Tumblr user, though, posits that Dumbledore is Death. “He greeted Harry at King’s Cross and was the one behind Snape and Voldemort’s death….He’s the one who gave Harry the invisibility cloak too…And he had the stone and the wand too.”

Of course there are endless other theories about the three brothers, including one that names Dumbledore as the second brother, because he pined for his sister Ariana, who died at a young age. And one hypothesizes that Dumbledore is a descendant of the first brother, who crafted the Elder Wand. Then there’s also a theory that supposes Dumbledore is just an old version of Ron Weasley sent back in time to help Harry defeat Voldemort. Which just proves that these theories, much like the series, will never face Death. 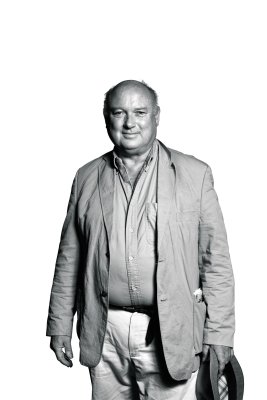 Review: Louis de Bernières’s The Dust That Falls From Dreams
Next Up: Editor's Pick