Apple Music is off to a fast start.

The new music streaming service from the world’s most valuable company has amassed 11 million trial subscribers so far, Apple executive Eddy Cue told USA Today. Of that 11 million, 2 million subscriptions are for the family plan, which lets 6 users set up Apple Music accounts for $14.99 per month.

The figures aren’t yet indicative of Apple Music’s long-term success because the service launched with a three-month free trial for all users. Come October, users will have to pay $9.99 per month to continue streaming songs (or $14.99 per month for the family plan). If Apple Music manages to maintain its user base, it will already have about half the number of paying subscribers of Spotify, which has 20 million. Spotify also has 55 million users on an ad-supported free tier.

Apple Music’s success wouldn’t necessarily come at the expense of Spotify or other streaming services, though. Only about 41 million people globally currently pay for a music subscription service. With digital download sales on a steep decline, Apple may be able to push music fans who’ve never streamed before into using Apple Music. 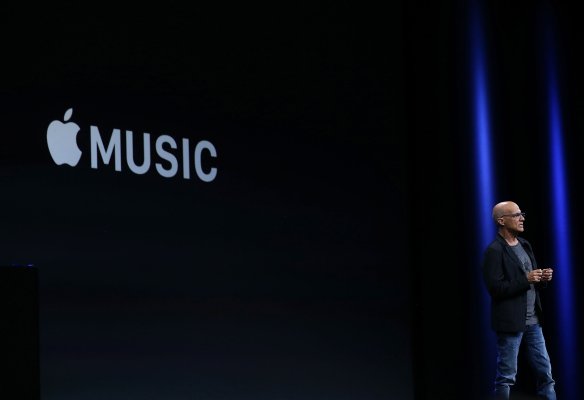