Alaskan Woman Mauled by a Grizzly Bear While Jogging

A 20-year-old Alaskan woman was airlifted to a nearby hospital on Tuesday night after being attacked by a roaming grizzly bear while jogging on a trail adjacent to Skilak Lake. According to NBC News, she was upgraded to good condition less than 24 hours later.

Police say that the woman, Gabbriele Markel, was running with 26-year-old co-worker Kaitlin Haley when the bear emerged from the brush along the trail, quickly knocking Markel to the ground. With the bear pinning Markel to the ground, Haley ran three-quarters of a mile to the Alaska Wildland Adventures lodge, where the two work, to get help. As Haley and other employees armed with bear spray ran back to aid Markel, they found her walking toward them.

“She didn’t appear to have life-threatening injuries at the time but they can turn life threatening,” police spokesperson Megan Peters said. “It’s always important to get them to the hospital as soon as possible.”

Wildlife experts say that only one or two such attacks occur in that area annually. It remains unclear what provoked this particular incident. 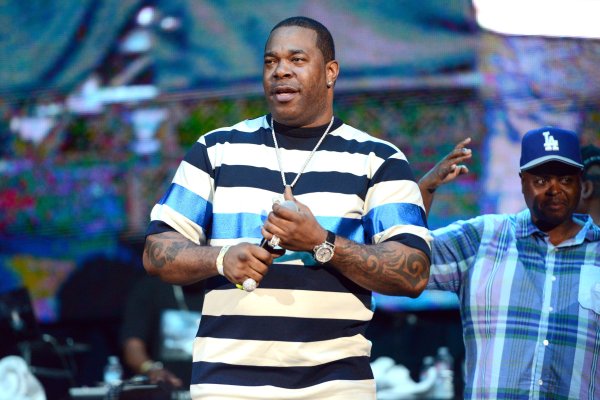 Busta Rhymes Arrested After Charge of Throwing Protein Shake at Fellow Gym-Goer
Next Up: Editor's Pick