Stephen King Has Written a Campaign Slogan for Donald Trump

“If you’re white, you’re all right!,” begins King’s suggested slogan. “Any other hue, I don’t trust you.” The motto plays on the accusations of racism that have plagued Trump since his campaign launch in June, in which he referred to some illegal immigrants from Mexico as rapists. Although Trump has claimed broad support among the Latino community, polls show otherwise.

Trump currently leads most national Republican polls and will be taking center stage at the first GOP debate Thursday night.

That’s not the first time King has tweeted about Trump: 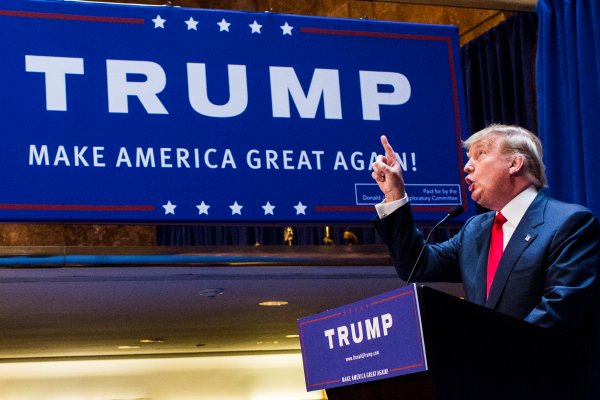 This Map Proves Everyone Is Obsessed With Donald Trump
Next Up: Editor's Pick