Palmer Luckey, 22, inventor of the Oculus Rift, is one of the visionaries making virtual reality mainstream
Photograph by Gregg Segal for TIME

Why Virtual Reality Is About to Change the World
It’s nearly upon us, and it could revolutionize the way we live, play and learn

What It’s Like to Be Out in Africa
While gay rights are on the rise in the U.S., violent homophobia remains rampant in many African nations

The Koch Brothers Reboot for 2016
To elect a Republican, the power brokers have retooled with more money, better strategy and a new plan for victory

Meryl’s Bad Movie Moms Are a ‘Flash’ of Inspiration
In her latest, Streep plays an MIA rocker mother

Review: Robyn’s Tribute to Dance Floors of Decades Past
The singer’s ‘mini-album’ Love Is Free is out Aug. 7

Review: Louis de Bernières’s The Dust That Falls From Dreams
The guns of August—and what came after

Review: Diary of a Teenage Girl Is an Honest Entry on Teen Sexuality
Bel Powley and Alexander Skarsgard star in the adaptation

10 Questions With Anthony Bourdain
At work on a global food hall in New York and a new season of his television show, the chef and author dishes on the way we eat now

Do you Need to Buy Organic to Get the Best of Summer’s Produce?
What to put in your grocery bag

Should Prostitution Be Legal?
Amnesty International is poised to vote on a measure some hope would protect sex workers

Do You Want a President You Can Drink a Beer With?
The most likable, talented, trusted candidate does not always win

Treacherous Toys
Major retailers recently agreed to stop selling realistic toy guns in New York, per a settlement with the state’s attorney general. Here, other playthings that caused a stir:

The Hybrid Airplane
Dutch carrier KLM and Delft University of Technology recently unveiled concepts for the Advanced Hybrid Engine Aircraft Development (AHEAD), a sleek aircraft designed to streamline the flying experience. Here’s how it works.

Offbeat Power Players
After years of turmoil, U.S. hydropower production is poised to grow by more than 5% in 2016, according to new data. But globally, the renewable energy resource is getting some unexpected competition.

Jen Welter
The Arizona Cardinals announced July 27 that Welter would be an assistant coach, making her the first female coach in the NFL.

Janeane Garofalo
The veteran comedian stars in Wet Hot American Summer: First Day of Camp, an eight-episode series now streaming on Netflix that is a prequel to the 2001 film with a cult following. 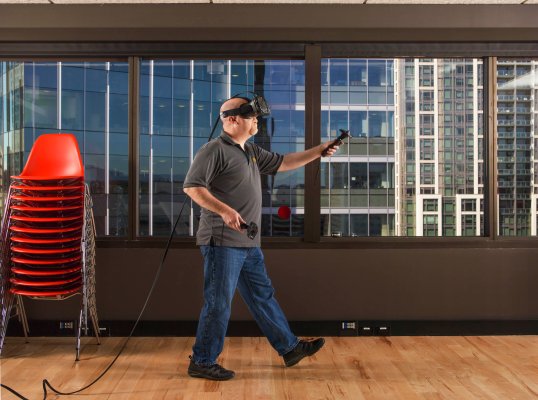 Why Virtual Reality Is About to Change the World
Next Up: Editor's Pick