At work on a global food hall in New York City and a new season of his television show, the chef and author dishes on the way we eat now.
Heidi Gutman—ABC/Getty Images
By Jack Dickey

Your food hall will feature all kinds of global cuisines. Is there anything like this that exists now?

In the world, yes. I’m looking very much at a Singaporean hawker center as a model. Or a Chinese dai pai dong, like they have in Hong Kong. But there is nothing like it in the States that I’m aware of. And there’s certainly nothing like it in New York. It’s an amazement to me that nobody has done that.

It seems like there’s more American interest in food than ever before.

We used to get together with our friends to see a movie, after which we’d go have dinner to talk about the movie. Now we just go straight to dinner and talk about the dinner. And we take pictures of our food while we’re doing it.

What do you hate most about food culture in the U.S. today?

The word authentic has become a completely ridiculous, snobbish term. There are so many first- and second-generation immigrants making wonderful mashups of food they grew up eating. On the other hand, I’m pretty sure that every time Guy Fieri puts barbecue pork inside a nori roll, an angel dies.

Has the restaurant world changed too? Your memoir Kitchen Confidential painted a pretty bleak picture.

The type of people who are attracted to the business has stayed the same since the 19th century. But acceptable behavior has changed completely. When I was midcareer, you could work in a good restaurant and do cocaine in the walk-in. We smoked in the kitchen.

Everyone envies your gig–writer, speaker. How did it all come about?

I had a big and very unexpected success in Kitchen Confidential. A lot of people offered me things in the wake of that, and I was careful about what I said yes to. I live by something called a no-a–hole rule: Whatever it is I’m considering, I ask myself, whoever I have to deal with in this project, if they call me at 11 o’clock at night, will it be O.K.? I don’t want to have to pick up thinking, Oh, that a–hole’s on the phone.

I certainly did not. I thought at 43 years of age, I was pretty much toast. It was going to be me and a deep fryer–dunking fries until the end.

You’ve traveled practically everywhere for your TV shows. What locale has surprised you the most?

Uruguay was amazing. Croatian food was really, really spectacular. Budapest was mind-blowing. And Marseille. That is a great, undiscovered major, major center of awesomeness. Nobody goes; they have a terrible reputation for some reason. But Marseille is just fantastic.

Does your 8-year-old daughter, Ariane, have your taste for the exotic?

She’s very adventurous. Her mom–my wife–is Italian, so she grew up eating basically the Italian table: squid and octopus and oysters and game. She’s very open to sardines and things that most kids don’t like. And she watches a lot of food TV. She loves Food Network. Given the awful things I’ve said about Food Network, I’m probably getting some kind of what I deserve.

On TV, you seem to eat a lot and not gain any weight. How do you do it?

Well, I did gain a lot of weight. I’ve lost, like, 30 lb. [14 kg] in the last year or so. That’s not been because I’ve been working at it. I haven’t been lifting weights or running on a StairMaster. I hate exercise. I do like Brazilian jiujitsu.

What’s your preferred takeout strategy for an enemy? 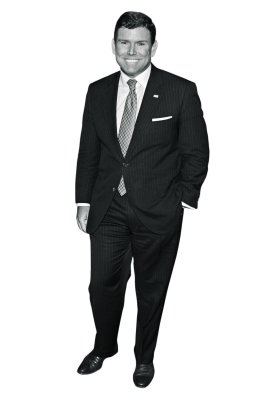 10 Questions with Bret Baier
Next Up: Editor's Pick