Jeff Giles is a former Deputy Editor of Entertainment Weekly. His YA novel The Mercy Rule will be published next year by Bloomsbury.

The End of the Tour, out now, is the true story of two thirtysomething writers named David: one, played by a bespectacled and bandana-ed Jason Segel, is the novelist David Foster Wallace, who’s deeply ambivalent about the fame that his new novel Infinite Jest has brought crashing down on his head. (The novel was published in 1996.) The other, played by a relentlessly inquisitive Jesse Eisenberg, is a Rolling Stone reporter named David Lipsky. He’s a struggling author, as it happens, and he’s eager to understand what the makes the newly minted genius tick.

What follows is a week-long road trip, during which the young men size each other up and wrestle over matters both grand (life, authenticity, depression) and mundane (“Die Hard” and junk food). The existential adventure became the basis for Lipsky’s book Although Of Course You End Becoming Yourself, which he published after Wallace’s suicide in 2008, and which is the basis for the movie.

I recently spoke with Lipsky, whom I have known since college in the mid-1980s, about his journey with David Foster Wallace.

Actually, David was great on non-healthy eating. Our first morning, he said very solemnly, “Mi Pop Tart es su Pop Tart.” In reality David’s medicine chest was already open, and I was interested to see that he had a tube of Topol, the smoker’s tooth polish. He told me he’d left stuff around—his monthly Cosmo, the big Alanis Morrisette poster—for me to find. I think he wanted me to get a clear sense of what he was like.

I assume you’d read Wallace’s stuff before you knew you’d be interviewing him?

Yes, you actually urged me to read his book of short stories, Girl With Curious Hair, and then Pauline Kael talked about his David Letterman story in The New Yorker. And when David came to New York to edit his Harper’s Magazine pieces, I’d always hear about it. Friends would brag about how DFW had flown in from Illinois, how they talked with him in the hall or walked outside with him to grab sodas. People had started to treasure him even before the bigger books came along, because he was so electric and charming. So, when I got the assignment, I read Infinite Jest and watched the crowds at his New York readings. That was an odd literary experience. There wasn’t even standing room—you just couldn’t get in.

How much did you like his writing at the time? Did you think he’d end up being a fad or did you know his stuff was built to last?

Oh no: He was great. It was one of those moments, like Salinger for the fifties or Fitzgerald and Hemingway a generation before. He was getting our culture exactly right: how it feels right now to be alive. That’s an amazing gift to have and give.

Where did you keep the tapes after the interview? I assume you didn’t know you’d ever use them again.

I saved them in a shoebox, like in the movie. I had a “favorite recorded days” box. There was a tape my brother made of some Joni Mitchell for my mom, Dylan Thomas talking about Christmas, Philip Roth reading from The Ghost Writer—and the tapes of David. I liked to take them out and listen. I’d also kept the transcripts and I read them every few years. The things David said really mattered to me.

The movie really captures what it’s like to be an ambitious young writer hoping to make the kind of mark Wallace made. Do you remember what you wanted out of life when you were 30, like you are in The End of Tour?

I wanted to earn a living wage and to see something nice about me in the New York Times. I wanted my mother to be proud. I wanted all the things you want and also feel silly for wanting. I wanted readers to say they’d enjoyed something of mine—to see my photo in magazines where I’d seen photos of other writers. I wanted what David in the book calls “the fuss.”

Sometimes, when journalists sit down to write their stories, they rewrite their questions so they sound smarter, and cut all the embarrassing, human stuff they actually did in the moment. If you’d sanitized the interview with Wallace just to make yourself look cooler, there’d be no movie because a movie has to be about two real people.

That was one of the ideas of the book: if it was going to be everything David was doing, it was only fair to include what I was doing too.

In real life, we both sort of forgot what I was doing there: it was two men who liked books in a car eating bad food and talking about who they were and who they wanted to be. That was part of what I wanted to preserve, and what the movie very much does preserve. Among other things, it’s a movie about being young, and when that starts to stop. By the last couple days we spent together, David was the one working the recorder, finding words for just how he wanted to describe his life.

Why did you decide to turn the tapes into a book and did you have any contact with the family?

I did. When Wallace died, Rolling Stone called and asked me to write about him. At first, it was too sad to think about. Then NPR called, and said that when people die by suicide, there’s always the risk of it shading how they’re remembered. One of David’s great gifts is how alive his writing feels, and it seemed that could all go gray. So I talked about him on NPR, and I wrote about how it felt to be around him for Rolling Stone. David’s family read the piece and emailed about my maybe writing something longer. They are wonderful people—as brilliant and alive as David was. I think what they hoped was that he be remembered as a real, living person. And I wanted to write a book that helped. I asked my publisher if I could pause on the other book I was writing, and because they knew it was important to me they were very nice about giving me time. I sent David’s family the manuscript before it went out to my publisher. I said I wouldn’t do it unless they liked it.

When I heard Jesse Eisenberg would be playing you, I thought, Well, he doesn’t look like David, but he does have the same slightly stuttery intellect—like he’s always trying to say way too much all at once. He seemed jittery in exactly the right way.

Thank you. It’s nice to finally know what you think of me! It’s really important that the real-life Jesse is a writer—he writes plays and humor pieces for the New Yorker. He’s sharp, self-doubting, very funny. I first saw him in “The Squid and the Whale,” playing the son of two writers. It was so close to my background and to my own parents’ divorce that Rolling Stone people would say, “Hey, I just saw a movie about you.” Jesse sat down with me and had great questions about how it feels to have a tape recorder running and how to direct a conversation and how you try to find a person inside their words. We met in a diner, coincidentally—like David and I did. And when we walked our check to the cash register, he looked at me and pointed out we aren’t really the same height. I said I thought that would actually be a plus for the story the movie tells. Because of his incredible stature as a writer, David was taller than everybody.

Since Eisenberg plays such a young, raw version of you in the movie, I wished there was a title card at the end that said: “David Lipsky has gotten a lot of what he wished for: He’s written two bestsellers, and won a National Magazine Award. He is now working on an epic book about climate change, and teaches young writers at NYU.”

When I went back and read the book, I noticed how much I yearned to understand what it felt like to get what you wanted: to write a book you knew was good and get back that pleasing cultural grade. But David said a funny thing. He said, “It’d be very interesting to talk to you in a few years. My own experience is that that’s not so—that the more people think that you’re really good, actually the stronger the fear of being a fraud is.” Later, I got to see some of those things myself. I’ve always wished we could have the conversation again from the other side.

Jeff Giles is a former Deputy Editor of Entertainment Weekly. His YA novel The Mercy Rule will be published next year by Bloomsbury. 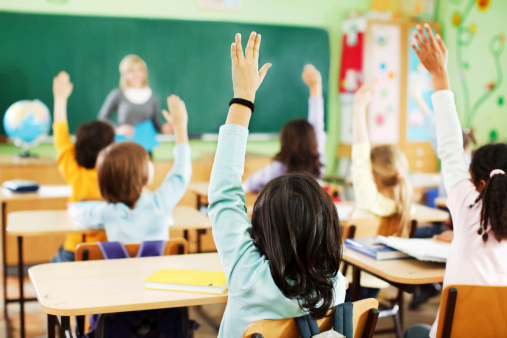 Happier Students Get Higher Grades in School, Research Says
Next Up: Editor's Pick