By Justin Worland and Tanya Basu

A man wielding a pellet gun and an ax was shot dead by police after attacking theatergoers with pepper spray and exchanging fire with authorities inside a screening of Mad Max: Fury Road at a movie theater near Nashville, Tenn., officials said.

The Nashville Police Department’s bomb squad detonated a backpack containing a fake bomb left behind by the shooter late Wednesday afternoon. Authorities said contents of the backpack made the squad “uncomfortable” and were searching a second backpack for dangerous items, according to police spokesman Don Aaron.

Montano had been committed four times for psychiatric treatment, police said. Aaron added that Montano had been arrested in 2004 for assault and resisting arrest and had “significant psychiatric or psychological issues.” Montano’s mother once said that her son had been diagnosed with paranoid schizophrenia in 2006, according to a missing persons report quoted by The Tennessean.

Montano opened fire when a police officer encountered him inside the theater. The officer returned fire, then retreated. A SWAT team then shot and killed the man as he tried to leave a through a rear exit.

“Police response was swift, and this could have been worse,” Brian Haas, a spokesperson with the Nashville Fire Department, said.

Three people were injured in the attack, which are still under investigation. According to Haas, a 58-year-old man was treated for chemical spray exposure, along with a superficial wound caused by a hatchet or axe. Two women — 53 and 17 — were also treated for chemical spray exposure. All three have been treated and released. Haas said don’t the department doesn’t anticipate needing to transport any patients to the hospital.

The shooter had a surgical mask-like covering on his face, likely to protect his face from the chemical irritant he sprayed in the theater.

Police are questioning “about 20 people” who were in the multiplex at the time, Aaron told press. A local mall and other area businesses near the theater have been placed on lockdown, local news outlet WSMV reported.

A middle-aged man who was hit alongside his daughter by the perpetrator’s pepper spray delivered a brief statement to the press on Wednesday afternoon, his voice breaking with emotion.

“The only thing that I would like to say is that I’m eternally grateful to the Metro Police department for their fast response today, and the fact that no one else got injured other than the person who did this,” the man, who identified himself only as Steven, said. “I would ask that everyone pray for his family, because he obviously has some mental problems or something else.”

He added that his own family did not want “any kind of 15 minutes of fame,” but expressed gratitude to those in the theater who helped him and his daughter when they were pepper sprayed.

“That kind of gives me a little more faith in humanity,” he said.”I really don’t have anything else to say.”

Most Popular on TIME
1
Chicago Mayor Says Looting Was Organized
2
Kamala Harris Is the Third Woman to Run as a Vice Presidential Candidate for a Major U.S. Party. Here's What to Know About the First
3
Trump Campaign Can't Define Kamala Harris

Write to Justin Worland at justin.worland@time.com and Tanya Basu at tanya.basu@time.com. 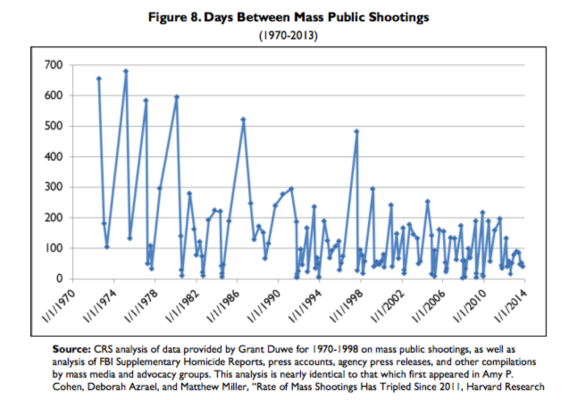 Mass Public Shootings in America on the Rise
EDIT POST