It’s astounding, or at least it must be reviewers who panned The Rocky Horror Picture Show when it first flashed its fishnets 40 years ago: Time is fleeting, but the film remains an interactive fixture in theaters around the country, where it has earned the distinction of being the longest-running movie in history.

Rocky Horror — the now-classic tale of a young couple whose lives change when they stumble upon an extraterrestrial transsexual/mad scientist — looks as good in a corset as it did when it opened in London on this day, Aug. 14, in 1975. (It premiered in Los Angeles the following month.) It has been playing ever since, often as a midnight show, drawing costumed devotees carrying rice, toilet paper and toast, among other props, to throw at the screen.

Critics almost universally slammed the film when it premiered; they’d given mixed reviews to the stage musical it was based on, too. The play had done well in London, where it began its run in 1973, and where the New York Times called it “the trendiest entertainment in town.” In New York, the musical retained its leading man — Tim Curry, who also brings the movie to staggering heights of platform-heeled camp, and whom the Times lauded for “flashing his eyes like headlamps, tossing his curls roguishly, and talking in a voice of sugared bile” — but lost some of its audience appeal.

TIME’s reviewer, for one, was not impressed. “It is not easy to see why this campy trash was a long-running hit in London and a smash success in Los Angeles,” notes the 1975 review, “except that transvestism has always fascinated the British and the L.A. scene is almost as kinky.”

By 1985, TIME’s film critic had kinder words for the movie, calling it “a cross-generational phenomenon, an evocation of ’50s monster movies wrapped in the anything-goes spirit of the ’60s that found a niche in the ’70s and has blossomed in the ’80s into a rite of passage for millions of American teenagers.”

The film, by now, is beside the point, as Roger Ebert noted. It has evolved into a mere vehicle for the audience participation that has sustained its creative spark so long. “The Rocky Horror Picture Show is not so much a movie as more of a long-running social phenomenon,” Ebert wrote. When the movie’s midnight showings were at their peak in the ‘80s, he said:

Rocky Horror’s standing as a social phenomenon hasn’t wavered; if anything, it’s become more mainstream in recent years. It was the focus of a Glee episode in 2010; this year, Fox announced that it would give the film a modern-day makeover as a TV movie.

And while that remake will rely on the original script, Fox doesn’t anticipate renewed criticism for kinkiness. “Though full of innuendo,” Entertainment Weekly concludes, “it’s unlikely Rocky Horror would receive its original R rating by today’s standards.”

Read Richard Corliss’ take on Rocky Horror in 1985, here in the TIME Vault: Across the Land: The Voice of Rocky Horror 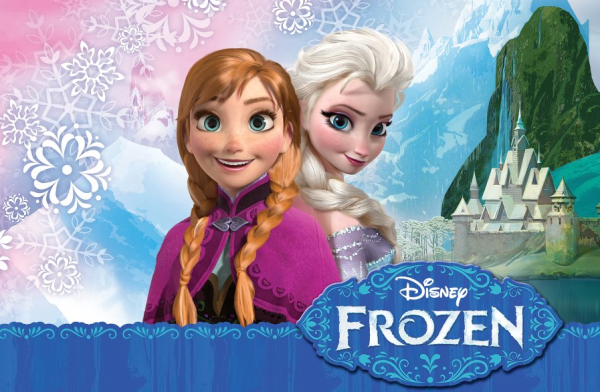 Here's a Surprising Theory That Connects Frozen and Tarzan
Next Up: Editor's Pick