Activists are set to mark the one-year anniversary of the high-profile deadly shooting of an unarmed black teenager by a white police officer with peaceful protests and vigils this week in Ferguson, Mo.

The shooting death of Michael Brown sparked weeks of sometimes-violent protests in the St. Louis suburb, and contributed to a growing national debate over police use-of-force. Local authorities have said they don’t expect the anniversary events to become violent, but are gearing up for the possibility just in case.

The anniversary of Brown’s death is Sunday. Planned events range from marches across town to documentary screenings. Nabeehah Azeez, of Missourians Organizing for Reform and Empowerment, told the St. Louis Post-Dispatch that most of the weekend’s events would be “family-friendly, open to the public and free of charge.” Organizers also said they have planned a day of “civil disobedience” on Monday that would presumably strike a somewhat more defiant tone.

“The events we have planned this weekend are intended to show the strength of community, the value of self-empowerment and the power of the people,” Azeez said.

St. Louis County Police Chief Jon Belmar told a meeting of police commissioners that he doesn’t expect any “acute problems,” the Post-Dispatch reports. Still, authorities have taken extra precautions just in case, with officials reportedly canceling weekend time off for officers in nearby police departments in case they need to be called in as extra support.

Brown was shot and killed after a confrontation with police officer Darren Wilson. A grand jury opted not to indict him in the shooting. 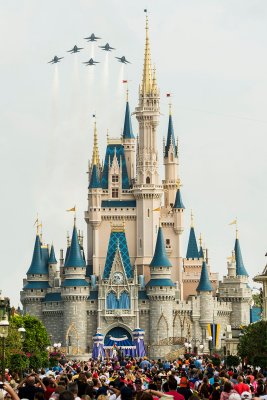 Sikh Postman at Disney World Wins Fight to Work in View of Guests
Next Up: Editor's Pick