Pope Francis wears a red scarf as he leaves St. Peter's Square at the Vatican after an audience with Altar boys and girls Tuesday, Aug. 4, 2015.
Gregorio Borgia—AP
By Nolan Feeney

The Catholic church should be more welcoming to Catholics who divorce and remarry, Pope Francis said on Wednesday.

Catholics who do so are not allowed to receive Communion and are considered by the church’s teachings to be living in sin, the Associated Press reports. (Besides being widowed, Catholics who want to remarry in a church-sanctioned fashion must first receive an annulment.) While the Pope has not yet called for the ban to be lifted, he did tell churches not to treat remarried Catholics as if they were “excommunicated.”

“People who started a new union after the defeat of their sacramental marriage are not at all excommunicated, and they absolutely must not be treated that way,” Francis said during his first general audience following his summer break. “They always belong to the church.”

Francis also acknowledged the children of divorce, asking pastors “not to add additional weight beyond what the children in this situation have to bear.” How can these children practice faith, Francis wondered, “if we keep [the parents] far from the community as if they were excommunicated?” 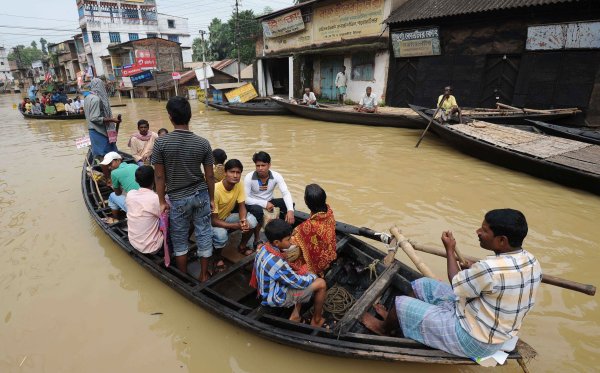