A satellite image of algal blooms around the Great Lakes, visible as swirls of green in this image of Lake St. Clair and in western Lake Erie, taken on July 28, 2015 and released on Aug. 4, 2015.
NASA/Goddard's MODIS Rapid Res/EPA
By Mia Tramz

NASA released these images on Tuesday showing algal blooms in Lake St. Clair (above) and Lake Erie (below). The image was taken by the Operational Land Imager (OLI) on the Landsat 8 satellite on July 28, 2015 as part of a larger effort between NASA, NOAA, U.S. Environmental Protection Agency, and the U.S. Geological Survey (USGS) to protect the public from toxic algal blooms in freshwater.

“There’s very little data on the severity of the blooms in Lake St. Clair from a monitoring perspective,” Dr. Richard Stumpf, an oceanographer at NOAA, told TIME. “That particular bloom, while it could be cyanobacteria, we don’t have confirmation.”

The bloom in Lake Erie, which NOAA forecasted in July may rival the algal bloom of 2011, has been confirmed to be toxic cyanobacteria. Western Lake Erie had one of the wettest Junes on record, producing one of the highest measured concentrations of phosphorous, the nutrient that feeds these blooms. “If you go swimming in it, at the minimum your intestines will be in distress,” Dr. Stumpf told TIME. “If there’s a lot, there’s a risk of liver damage. Some people can get dermatitis from skin exposure to high concentrations of the toxin. It is deadly to dogs. Water dogs should not go into where there’s scum or very obvious discoloration.”

“The other aspect is that while water treatment is very effective, [algal blooms] increase the cost. There’s a lot more that has to be done to the water when you have these blooms. There’s considerable effort and expense going into treating the water.”

NOAA will continue to monitor the two lakes, using a combination of data derived from weekly water samples, continual sensors that detect pigment these algae produce, and imagery from Landsat 8 and other lower resolution satellites. The addition of NASA’s ocean color processing to the Landsat 8 imagery will improve NOAA’s ability to analyze and forecast algal blooms.

A satellite timelapse view of the algal blooms in Lake Erie and Lake Sinclair on July 20, 23, and 28, 2015.
NOAA, with data from NASA Aqua and Terra satellites

“In Lake St. Clair we need a confirmation of what we’re dealing with so we can confirm whether it is cyanobacteria and whether it is toxic,” said Stumpf. “Then from our side we monitor for the bloom, get the distribution, the concentration, and then we forecast where it’s going. We try to provide enough information to advise the water suppliers, the state agencies, the parks of when they’re at risk of the blooms showing up at their doorstep.”

“A bloom like this will likely be around well into September. When it’s this big it tends to last. 2011 went to the beginning of October – I hope this does not last that long. Unfortunately that’s not unusual to have something that’s strikingly beautiful and terrible at the same time.” 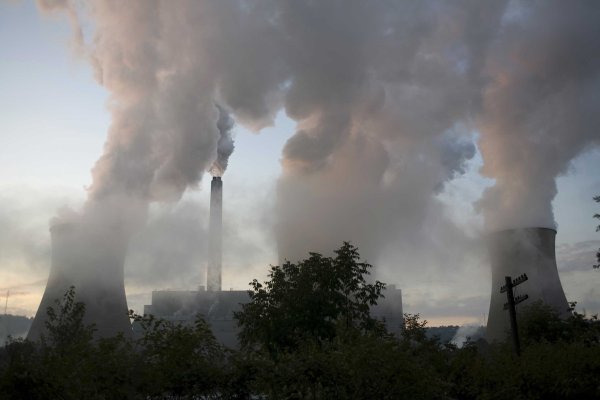