The 14 Worst Kinds of Late People

“What late people don’t understand about on-time people,” comedian Mike Birbiglia says in a stand-up routine, “is that we hate them.” He goes on to make a clear distinction between two types of people: earlies and laties. And getting a reputation as a latie, he says, is not a good thing.

Was it cool when New York City Mayor Bill de Blasio recently arrived 80 minutes late at the Vatican — the Vatican! — to deliver a speech about climate change? (Or all the other times he was seriously behind schedule?) Was it all fine and good that time Nicki Minaj crept in late to a live broadcast of American Idol? How about when your friend Scott (ugh, Scott) showed up a half hour late to your coffee date for the fifth time?

The answer, of course, is no. No, lateness is not cool. Sure, it happens to all of us sometimes. Nobody is perfect. (Except, like, Channing Tatum, who is probably extremely punctual.) But routinely showing up late is a problem, and one that we should stop excusing.

To paraphrase Tolstoy, all early people are alike, but every late person is late in his own way. With that in mind, let’s take a moment to discuss the 14 worst types of late people:

If you identify as any of those characters, I have a few hard truths for you: Being late is not cute. It’s not quirky. And it certainly doesn’t mean you just “like to stop and smell the roses.” Let’s call it what it is: if you’re routinely late, you are rude and inconsiderate. And, for some reason, you place a higher premium on your time than anyone else’s.

“The life of a late person is great,” wrote a Washington Post columnist in a piece called “In defense of the habitually late.” Um, duh, of course being late is great — at the expense of people who are dumb enough to spend time with you. You get to take your sweet time while your punctual, respectful friend is the one wasting her time, waiting in line, holding the spot, or repeating to the increasingly annoyed restaurant host, “He’s on his way, I promise.”

Infamous latie Marilyn Monroe once said, “I am invariably late for appointments – sometimes as much as two hours. I’ve tried to change my ways but the things that make me late are too strong, and too pleasing.” That might have worked for Marilyn Monroe (because, well, she was Marilyn Monroe), but it’s not working for the rest of you laties. Sure, the things that make you late are quite pleasing. To you. If you try this crazy thing called “thinking about other people,” you might find that being late isn’t actually all that pleasing.

Look, lateness does happen to everybody once in a while. I was raised by two die-hard earlies who show up to the airport three hours in advance and always build in 20 minutes for traffic, even if it’s a five-minute drive — and even I accidentally arrive late once in a while. Things happen, and of course I won’t go down a rage spiral when an otherwise reliable friend is a little late for dinner. But we should all stop acting like lateness is an acceptable personality trait — and if we do show up late, we sure as hell better show up prepared with a genuine apology. 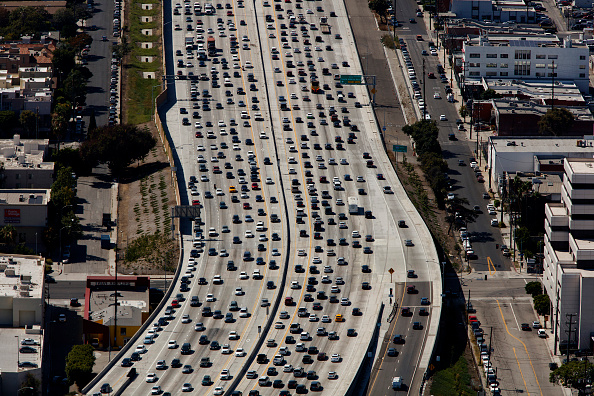 How Driverless Cars Will End Parking Gridlock
Next Up: Editor's Pick