You Asked: Should I Take Turmeric Supplements?

From teas and juices to capsule supplements, turmeric is popping up everywhere these days. And for good reason: Curcumin—a molecule found in turmeric that gives the root its distinctive orangey-yellow hue—appears to be a potent inflammation blocker.

That’s big, because inflammation causes or contributes to almost every major disease, including cancer, cardiovascular disease, diabetes and depression, says Dr. Bharat Aggarwal, professor of medicine at the MD Anderson Cancer Center at the University of Texas. “Wherever inflammation is a problem, curcumin may be helpful,” Aggarwal says.

The chemistry of chronic inflammation is complex. But in very simple terms, a signaling protein called tumor necrosis factor alpha (TNFα) plays a large role in driving systemic, disease-causing inflammation. Pharmaceutical drugs that block or inhibit TNFα are now being used to treat inflammatory bowel disease, psoriasis, arthritis and many other diseases. Like those drugs, curcumin seems to lower TNFα, Aggarwal says.

He hedges with terms like “seems” and “may” because, while promising, a lot of the research pointing to curcumin’s benefits has involved animals or lab work—not people. “If rats and mice were perfect indicators of a treatment’s effectiveness, every disease would be gone by now,” Aggarwal says. “But I’ve been working with curcumin and turmeric for 25 years, I’ve seen and studied the effects, and I can’t deny the benefits I see.”

He’s not the only one. Dr. Greg Cole, associate director of UCLA’s Mary S. Easton Center for Alzheimer’s Disease Research, has spent years studying the use of curcumin as a treatment for brain diseases. Cole says Alzheimer’s is associated with the build-up of plaques in the brain, and “curcumin seems to reduce these plaques.” “That’s a real phenomenon we can see and measure,” he adds.

In India, where turmeric is a mainstay of the national cuisine, Alzheimer’s appears to be less common than in the U.S., Cole says. Genetics and other lifestyle factors make it tough to credit curcumin alone. But again, the evidence is promising.

So why isn’t every doctor from Memphis to Mumbai telling her patients to take a curcumin supplement? First of all, there’s no expert consensus on how much of the stuff you’d have to get into your system to see health benefits. Both Aggarwal and Cole say effective dosages will likely vary from person to person and wouldn’t be the same when it comes to the treatment or prevention of various diseases.

“I tell people to take 500 mg a day in capsule form to keep the doctor away,” Aggarwal says. But that’s more of an educated guess than an evidence-backed finding, he adds. (You’d have to swallow a teaspoon or more of ground turmeric to get that much curcumin.)

Cole says your body may struggle to absorb curcumin if you’re ingesting it on its own. “It’s not water soluble, so 99% of it goes right through you,” he explains. Mixing curcumin with fat seems to supercharge absorption rates. And Cole’s National Institutes of Health-funded experiments have led to the development of a commercial curcumin supplement called Longvida (for which Cole and UCLA receive royalties.) He says another supplement, called Meriva, also has a lipid component and seems to be effective.

But not every expert is quite so bullish on curcumin supplements. “I think curcumin is great, but it’s not a miracle,” says Dr. David Heber, UCLA’s professor emeritus of medicine and public health, and founding director of that university’s Center for Human Nutrition.

Heber says your levels of abdominal fat, the quality of your diet and how much you exercise are a lot more important than curcumin when it comes to inflammation and your health. He also says spices in general—not just one component of turmeric—are healthy and woefully underused in the U.S. (“I joke that our favorite spices are ketchup and mustard,” he says.)

While turmeric is “among the most important spices” when it comes to potential health powers, Heber says rosemary, cinnamon, oregano and many others could make similar claims.

So what’s the turmeric takeaway? “I would absolutely encourage people to add turmeric to the foods they eat,” Heber says. A lot of research has been done on turmeric and curcumin, and there’s not much risk of overdoing it even if you eat several teaspoons a day.

Just don’t count on a miracle. “People expect these nutrients to work like drugs, but they don’t,” Heber says. On the other hand, eating turmeric and a varied assortment of spices—coupled with a healthy diet and regular exercise—will likely have very real health benefits, he says. 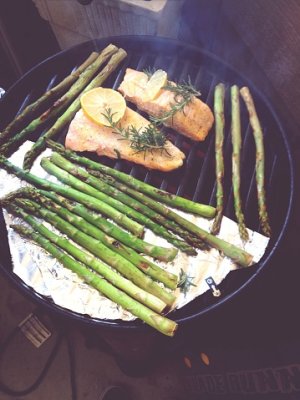 5 Easy Steps That Will Transform How You Grill
Next Up: Editor's Pick