Should I Eat Salmon?

This food from the sea is a no-brainer for all five of our experts.

A small 3-oz serving of wild salmon has about 156 calories and 23 grams of protein, plus 6 grams of fat. Omega 3 fatty acids are salmon’s claim to fame, “providing anywhere between 2-3 grams per 3-oz. serving,” says Julia Renee Zumpano, a registered dietitian at the Center for Preventive Cardiology Cleveland Clinic. (To put that into perspective, that’s the nutrient equivalent of taking three days’ worth of soft gels of fish oil in supplement form.) “Omega 3 fatty acids can help reduce blood triglycerides, blood pressure, and reduce swelling.”

“Wild is better than farmed,” says Dr. David Katz, director of the Yale University Prevention Research Center, an assertion with which most of our experts agree. Zumpano points out that farmed salmon may contain more saturated fat, calories, pollutants and antibiotics than wild salmon. (Salmon does have low mercury levels, however, according to the FDA.)

Farmed salmon may not deliver as many omega-3s, says Peter D. Nichols, senior principal research scientist at CSIRO Food, Nutrition & Bioproducts in Australia who’s researched long-chain omega-3 (LC Omega-3) oils. “The content of the LC Omega-3 has generally decreased in farmed salmon both in Australia and globally,” he says. “The LC omega-3 content is about half of what it used to be, although we should also note that this is still generally 10-100 fold higher than most other food groups.”

Not all farmed salmon is bad, though, says Tim Fitzgerald, director of impact in the oceans program at the Environmental Defense Fund. “Although most generic farmed salmon—often labeled ‘Atlantic’ in stores—still comes with a variety of environmental concerns, a number of new companies are upping their game and showing that salmon farming doesn’t have to be on everyone’s ‘avoid’ list,” he says. A few of his favorite sustainably farmed salmon standouts are Atlantic Sapphire, Kuterra and Verlasso. Fitzgerald also likes arctic char as an alternative to farmed salmon. “It’s closely related to salmon—so looks and tastes very similar, it’s farmed responsibly, and has a price point somewhere between Atlantic and wild Alaskan salmon.”

For the overall most sustainable salmon, choose wild Alaskan salmon, says Kimberly Warner, a senior scientist at Oceana, a nonprofit focused on ocean conservation. “Wild Alaskan salmon are managed well in the U.S.,” she says. It’s expensive, but you’ll be getting an especially good deal during the summer salmon season (and buying fish in season means the fish is most likely to be honestly labeled, she says).

But don’t forget: not every fish worth eating comes on ice. “Virtually all canned salmon is wild-caught in Alaska,” Fitzgerald says, “so you can get all of the environmental and health benefits for just a few dollars.”

Read Next: Should I Eat Tilapia? 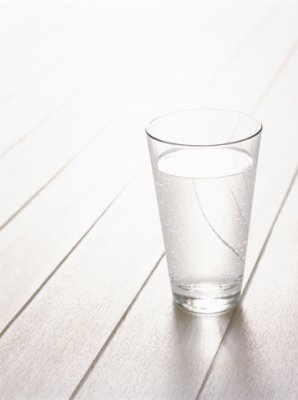