Getty Images (1); Illustration by Mia Tramz for TIME
Ideas
By Dr. Amy Tuteur
Dr. Amy Tuteur is an OBGYN and the author of the forthcoming book, Push Back: Guilt in the Age of Natural Parenting.

It’s not because I don’t understand the benefits of breastfeeding; I’m an obstetrician.

And it’s not sour grapes; I breastfed four children and I enjoyed it.

I’m not celebrating because my email inbox is filled with tales of anguish from women who feel guilty because they tried to breastfeed and were not successful. These women are tormented even when their babies are thriving on formula. Why? Because it has been drilled into them that “breast is best,” and, therefore, they are harming their beloved babies by formula feeding.

In industrialized countries in 2015 the “bressure” to breastfeed is extraordinary, despite the fact that the benefits are trivial, a few less colds and diarrheal illnesses across the population in the first year of life. Research on other potential benefits of breastfeeding is weak, conflicted and plagued by confounding variables.

Why are we celebrating World Breastfeeding Week in the U.S? It’s not to educate women since everyone knows that breastfeeding has benefits. It can’t be to improve public health since wide swings in breastfeeding rates in the 20th Century (from initiation rates over 70% down to 20% and back up above 75%) have had no impact on infant mortality rates, life expectancy or IQ.

It appears that we are celebrating World Breastfeeding Week in the US to extol mothers who breastfeed and to shame those who don’t.

How did we get to this point?

In other words, WABA hopes for a world where breastfeeding is not the personal choice of the woman who owns the breasts in question but a moral imperative.

That is a disturbingly familiar formulation. It echoes “a world where marriage of a man and woman is the cultural norm” and “promoting a culture of life,” statements that reflect the desire of a portion of the population to substitute their personal beliefs for the beliefs of the individuals who are affected.

Sure, but while it is natural for women to bear children; the idea that all women should have children is a cultural norm, a norm that is harmful for women who don’t want children.

Similarly, it is natural for women to breastfeed; but the idea that all women should breastfeed whether they want to or not and whether their babies are thriving or not is a cultural norm, a norm that is harmful for many women and babies.

There are three characteristics that a perfect infant food must have:

Any food that does not meet all three criteria cannot, under any circumstances, be a perfect food for that child. Breast milk may be the perfect food for some infants, but it is highly imperfect for many others.

Up to 5% of mothers cannot produce enough breast milk to fully meet a baby’s needs. No biological process is guaranteed to work perfectly. If established pregnancies have a 20% miscarriage rate, it is hardly surprising that breastfeeding has a failure rate of only a fraction of that amount. When mothers do not produce enough milk to meet a baby’s needs, the baby may stop growing or even lose weight.

Many babies are not capable of efficiently extracting milk from the breast. Some babies just can’t do it for anatomical reasons, or because of weak muscle tone, or because they simply never get the hang of it. It is a serious problem that can, in severe cases, lead to dehydration and death.

The truth is that breastfeeding is only one of two excellent ways to nourish a baby. Formula is as safe as houses and just as much of a lifesaver. Indeed, many women who choose to formula feed are doing the best for their babies.

I’d happily celebrate World Infant Feeding Week. For some babies that would mean breastfeeding, for others formula feeding. But I can’t celebrate anything that lauds some mothers while shaming others.

We should not be celebrating the moralization of infant feeding. It’s not good for mothers and it’s certainly not good for babies.

Most Popular on TIME
1
Alleged Hunter Biden Emails Circulated in Ukraine: Exclusive
2
COVID-19 Vaccines Should Be Available to the General Public by April 2021, Health Officials Say
3
Muted Microphones and Lots of Interruptions: What To Watch In 2020’s Final Debate 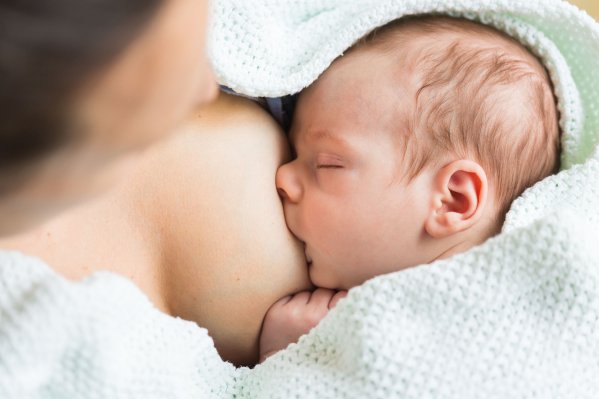 When It Comes to Breastfeeding, This Is Why Women Never Feel Like They’re Right
Next Up: Editor's Pick